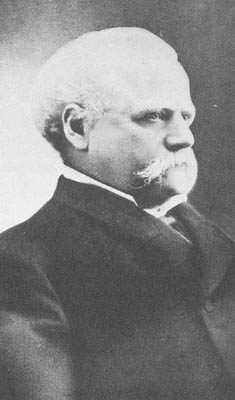 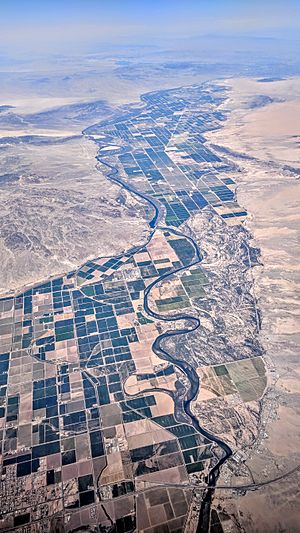 In the early or mid-1870s, William Calloway (known as Oliver Calloway in some sources), an engineer and a former captain of the 1st California Infantry Regiment, explored an area across the Colorado River from Ehrenberg, Arizona and found its potential for development. Calloway made preliminary surveys and filed land claims under the Swamp Land Act of 1850. He interested the wealthier Thomas Henry Blythe (1882-April 4, 1883), born Thomas Williams in Mold, Wales, to undertake development and settlement of an "empire" located next to the Colorado. On July 17, 1877, Blythe filed his first claim for Colorado River water on what was to become the "Blythe Intake". Blythe appointed another man named George Irish as manager to assist Calloway in building an irrigation system. Calloway died in a Chemehuevi attack on March 28, 1880, and was replaced by C.C. Miller, the father of Frank Augustus Miller. Thomas Blythe died on April 4, 1883; his only revisit to the valley was in November 1882.

A California Historical Landmark is located is on U.S. Route 95 at milepost 10.5, on the right when traveling north. Marker on the site reads:

All content from Kiddle encyclopedia articles (including the article images and facts) can be freely used under Attribution-ShareAlike license, unless stated otherwise. Cite this article:
Blythe Intake Facts for Kids. Kiddle Encyclopedia.