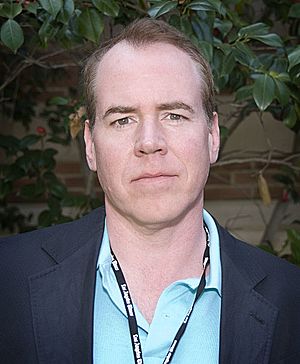 Ellis was born in Los Angeles, California to rich parents. He was raised in Sherman Oaks, Los Angeles. He attended schools for the rich and famous. He also attended Bennington College.

His first novel was Less Than Zero in 1985. His next novel was The Rules of Attraction in 1987.

All content from Kiddle encyclopedia articles (including the article images and facts) can be freely used under Attribution-ShareAlike license, unless stated otherwise. Cite this article:
Bret Easton Ellis Facts for Kids. Kiddle Encyclopedia.