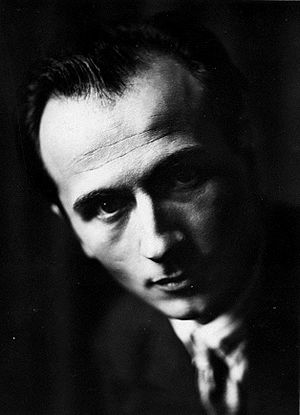 Berneri, a World War I veteran, University of Florence professor of humanities, and a member of the Unione Anarchica Italiana, fought always Fascists, and he started to fight fascism until1926, when he was forced to escape from Italy and he went in France, then Switzerland, Germany, Belgium, Luxembourg, and finally the Netherlands. In all these countries, Berneri was frequently placed under arrest, and then often expelled, because he was an anarchist. When he was in these countries he wrote lot of anti-clerical and anti-fascist articles.

With Carlo Rosselli, Berneri organized the first troop (column) of Italian volunteers to fight in the Spanish Civil War against Francisco Franco. After months he became highly critical of the involvement of Confederación Nacional del Trabajo (CNT) members in the Popular Front government, and he sent a letter to Federica Montseny (Anarchist minister for Healt in the government against fascism).

During the Barcelona May Days, as troop of Communist Party of Spain members (apparently under orders from Joseph Stalin) searched and then murdered him. His body was found during the night, near the headquarters of the Generalitat de Catalunya.

He was married to Giovanna Berneri and was father of Marie-Louise Berneri and Giliane Berneri. The children were anarchists as the father Camillo.

All content from Kiddle encyclopedia articles (including the article images and facts) can be freely used under Attribution-ShareAlike license, unless stated otherwise. Cite this article:
Camillo Berneri Facts for Kids. Kiddle Encyclopedia.