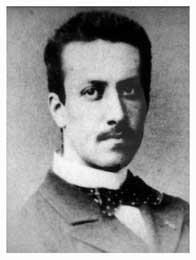 Charles-Marie Widor (born Lyons, 21 February, 1844; died Paris, 12 March, 1937) was a French organist and composer. He was one of the greatest organists of his time and he had many pupils who learned a lot from him and became famous. Widor is best known for his organ works which he called “symphonies”. The Toccata from his Symphony no 5 is one of the best known of all organ pieces, often played at the end of wedding ceremonies.

All content from Kiddle encyclopedia articles (including the article images and facts) can be freely used under Attribution-ShareAlike license, unless stated otherwise. Cite this article:
Charles-Marie Widor Facts for Kids. Kiddle Encyclopedia.