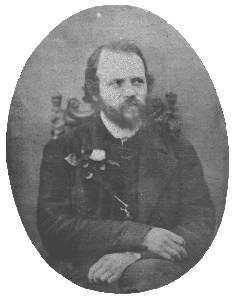 Charles-Valentin Alkan (born Paris 30 November 1813 ; died Paris 29 March 1888) was a French-Jewish composer and pianist. His real name was Morhange. He was a virtuoso pianist who wrote a lot of piano music. Most of the pieces he wrote are extremely difficult to play. Franz Liszt, Busoni and other people of his day thought he was a great composer. Despite this, most people have only discovered in recent years how good his music is. His piano music is mostly tonal, but it changes key in unusual ways. The story was told by many people that he died when a bookcase collapsed on top of him, but that story is proved not to be true.

Alkan was a close friend of Frédéric Chopin and Franz Liszt.

All content from Kiddle encyclopedia articles (including the article images and facts) can be freely used under Attribution-ShareAlike license, unless stated otherwise. Cite this article:
Charles-Valentin Alkan Facts for Kids. Kiddle Encyclopedia.