The Cherryfield Historic District encompasses the historic village center of Cherryfield, Maine. This area is distinctive for its collection of high-quality 19th century architecture, which is unique in rural contexts in the state. The district was listed on the National Register of Historic Places in 1990.

The Cherryfield Historic District is an area of approximately 75 acres (30 ha) lying on both sides of the Narraguagus River. The historic district comprises a collection of substantially intact residential and commercial buildings that clearly depict the nineteenth century development of a riverside community. There are 52 contributing and 10 non contributing buildings in the district. 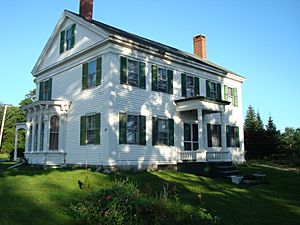 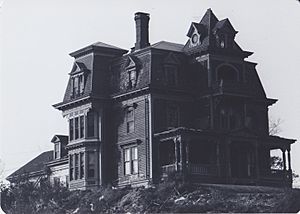 Cherryfield was approved as a historic district because of its depiction of community development and association with commerce, through its association with significant persons, and for architectural history.

Although the 52 contributing buildings in the district and those outside the district are framed with wood, the district architecturally holds representative examples of the most popular nineteenth century residential styles with an especially impressive concentration of Second Empire dwellings. Included in the styles are:  Second Empire; Federal; Greek Revival; Italianate; Queen Anne; Colonial Revival.

The Second Empire Style houses are Cherryfield's unique contribution to the inventory of Maine's historic patterns of building. While the design of these houses may be equalled and surpassed in urban areas such as Bangor and Portland; given their small town context, integrity and relative number they are truly remarkable. 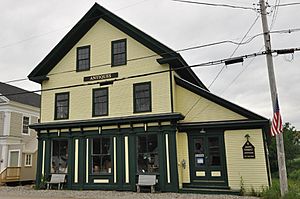 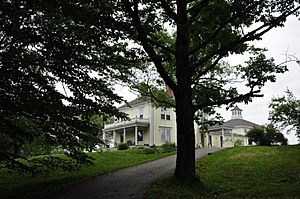 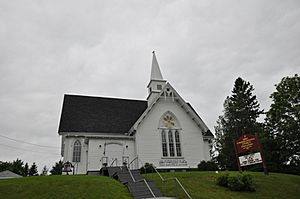 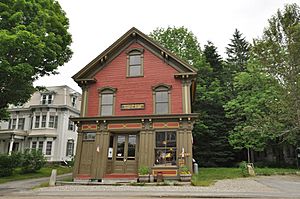 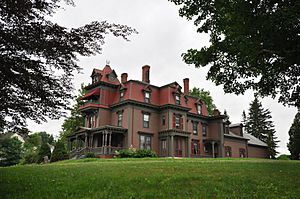 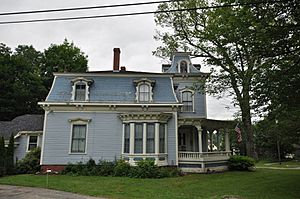 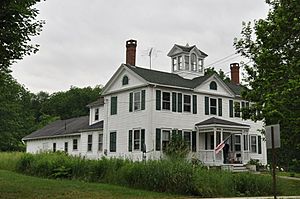 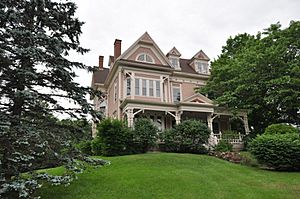 All content from Kiddle encyclopedia articles (including the article images and facts) can be freely used under Attribution-ShareAlike license, unless stated otherwise. Cite this article:
Cherryfield Historic District Facts for Kids. Kiddle Encyclopedia.