Chillicothe is a city on the Illinois River in Peoria County, Illinois, United States. The population was 6,097 at the 2010 census. Chillicothe is just north of the city of Peoria and is part of the Peoria Metropolitan Statistical Area. 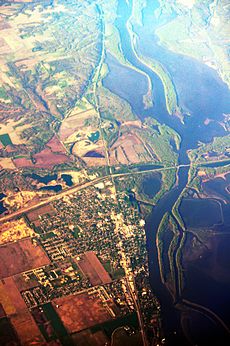 Chillicothe is located on the Illinois River and on the parallel Iowa Interstate Railroad (IAIS) branch, from Bureau to Peoria, which was formerly the Rock Island Railroad. Crossing the IAIS and the Illinois River at Chillicothe is the former Santa Fe Railroad, now owned by BNSF Railway. Almost 4 miles outside of town the BNSF Railway operates one of the most notable civil engineering points on the Chillicothe Subdivision. Edelstein Hill is one of the steepest climbs on the railway system and attracts many railfans to see locomotives pulling intermodal trains up the hill.

The Illinois River runs both north and south connecting Chicago with St. Louis. Barge traffic is occasional as it is an efficient means of transportation for some bulk products. Eight miles to the north is Sparland and three miles to the south is Rome. Peoria is 20 miles to the south.

Chillicothe sits along the Illinois River Valley where gravel and sand from prehistoric river development sits. It is currently being dug up and is sold for construction and roadbeds. In Chillicothe there are relatively large service facilities and connections to the BNSF Railway.

Even though Chillicothe sits along a river valley, forests are very common. Marshall State Refuge sits to the north and Atchison Waterfowl Refuge in Woodford County. The bluffs that surround it are full of hunting spots and locations where deer are common. Duck hunting as well is popular in the waterfront sloughs and swamps to the north.

The name Chillicothe comes from the name of the Shawnee Indian chief who lived in the area with the local tribe.

Along with Peoria, Chillicothe grew due to river traffic and quickly became a stop for barge and railroad traffic traveling to and from Chicago and St. Louis.

In the late 1800s, the Atchison, Topeka and Santa Fe Railway was building its mainline from Chicago to Kansas City and selected Chillicothe as its crossing point of the Illinois River. The railroad quickly became an establishment in Chillicothe as a crew change point and a notable stop in Central Illinois. However the ATSF in its later years shut down its station and crew change point following the end of its passenger service and eventually the Amtrak station was left until the 1996 re-route of the Southwest Chief over the BNSF's Mendota Subdivision.

Illinois Route 29 runs through Chillicothe north to south and is a strong artery running between I-180 in the north and Peoria to the south.

Since its creation the railroad has connected Chillicothe to the outside world. The Rock Island Railroad (now Iowa Interstate Railroad) serves Chillicothe paralleling the Illinois River. The Rock Island Rockets used to serve Chillicothe connecting Peoria & Chicago. As automobiles became more popular, the service was infrequently used. The last revenue service by the Peoria Rocket was on December 31, 1978.

Chillicothe was once a stop on the Santa Fe's Super Chief (Chicago to Los Angeles) & Texas Chief (Lone Star) (Chicago to Houston) on the section of the run between Chicago and Galesburg. It was also a stop on the Super Chief's successor, the Southwest Limited/Southwest Chief. In 1996, however, following the merger of the Burlington Northern and the Santa Fe railroads to form the BNSF, and a connection put in between the Burlington Northern line from Chicago and the Santa Fe's Chillicothe Subdivision at Cameron, Illinois, the Chief was rerouted to Galesburg over the BNSF's Mendota Subdivision (also used by the California Zephyr) through Naperville, Princeton, and Mendota. The last revenue passenger service was on July 31, 1996. 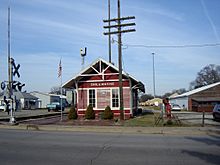 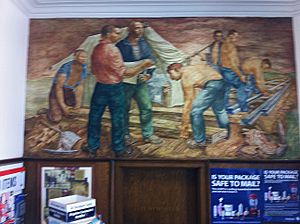 Within the school district, there are three primary schools and two junior highs. South School serves the northern half of the school district (Grades PK-3). Chillicothe Junior High (CJH) serves the northern half of the school district (Grades 4–8) in Chillicothe proper while Mossville Junior High (Grades K-8) serves the southern part of the school district. In the Illinois Elementary School Association (IESA) both schools have made themselves known in multiple sports. CJH's most recent state title was the 7th Grade Girls' Volleyball Class 3A in 2011. Between 2004 and 2012, the Chillicothe Mustangs made over 11 appearances in the IESA Final Four in various sports including Girls' Volleyball ('06,'07,'08,'09,'10, '12,'14), Boys' Baseball ('04,'06), Girls' Basketball ('09), and Boys' Basketball ('08). The neighboring Mossville Warriors more respectively have had only four Final Four appearances since 1996 including Boys' Basketball ('96 & '16), Girls' Basketball ('00), and Girls' Volleyball ('19). The Warriors appearance in 2019, led to their first state title after completing a perfect season.

Illinois Valley Central High School (IVC) serves Chillicothe and is the home to the Grey Ghosts. IVCHS like its junior highs has made themselves known in the state in various activities. Most notably, the IVC Marching Grey Ghosts have accumulated 15 state titles since 1990, most recently in 2019. In the IHSA, IVC were 2006 Class A Baseball State Champions, 2006 Boys' Basketball Class A State Runners-up, 2006 Class A Scholastic Bowl State Runnerups, 2008 Class AA Baseball State Runners-up, and most recently placed Third for Class AA Baseball in 2010. The boys cross country team has won regionals four years consecutively ('14–'17) and placed 10th in state in '17. The girls team won regionals in '16.

Two private schools serve the Chillicothe area. Calvary Baptist Academy is a small, PK-12 school sponsored by Calvary Baptist Church. St. Edward's is a PK-8 Catholic School sponsored by St. Edward Parish. In 2016, St. Edward was featured in regional news outlets for the "Miracle in Chillicothe" fundraising campaign that collected over $500,000 in one week to complete emergency repairs to the building roof.

All content from Kiddle encyclopedia articles (including the article images and facts) can be freely used under Attribution-ShareAlike license, unless stated otherwise. Cite this article:
Chillicothe, Illinois Facts for Kids. Kiddle Encyclopedia.