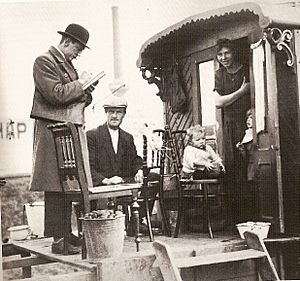 A census is the procedure of systematically acquiring and recording information about the members of a given population. The term is used mostly in connection with national 'population and door to door censuses' (to be taken every 10 years according to United Nations recommendations), agriculture, and business censuses. The term itself comes from Latin: during the Roman Republic the census was a list which kept track of all adult males fit for military service.

The census can be contrasted with sampling in which information is obtained only from a subset of a population. Census data is commonly used for research, business marketing, and planning as well as a base for sampling surveys.

It is widely recognized that population and housing censuses are vital for the planning of any society. Traditional censuses are, however, becoming more costly. A rule of thumb for census costs in developing countries have for a long time been $1 USD per enumerated person. More realistic figures today are around $3 USD. These approximations should be taken with great care since a variable number of activities are included in different countries (e.g. enumerators can either be hired or requested from civil servants). The cost in developed countries is far higher. The cost for the 2000 census in the U.S. was estimated to be $4.5 billion USD, more than $15 per enumerated person. Alternative possibilities for retrieving data are being investigated. Nordic countries Denmark, Finland and Norway have for several years used administrative registers. Partial censuses ‘Micro censuses’ or ‘Sample censuses' are practiced in France and Germany.

While the census provides a useful way of obtaining statistical information about a population, such information can sometimes lead to abuses, political or otherwise, made possible by the linking of individuals' identities to anonymous census data.

It is typical for census data to be processed in a way so as to obscure individual information. Some censuses do this by intentionally introducing small statistical errors to prevent the identification of individuals in marginal populations; others swap variables for similar respondents. Whatever measures have been taken to reduce the privacy risk in census data, new technology in the form of better electronic analysis of data poses increasing challenges to the protection of sensitive individual information. 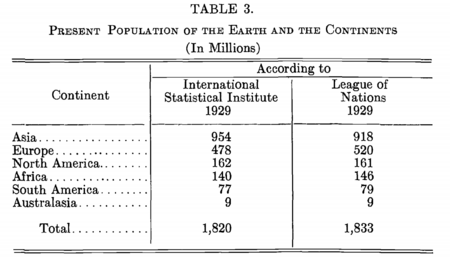 The first known census was taken by the Babylonians in 3800 BC, over 5000 years ago. Records suggest that it was taken every six or seven years and counted the number of people and livestock, as well as quantities of butter, honey, milk, wool and vegetables.

Census in Egypt are said to have been taken during the early Pharaonic period in 3340 BC and in 3050 BC.

One of the earliest documented censuses was taken in 500-499 BC by the Persian Empire's military for issuing land grants, and taxation purposes.

In India, censuses were conducted in the Mauryan Empire as described in Chanakya's (c. 350-283 BC) Arthashastra, which prescribed the collection of population statistics as a measure of state policy for the purpose of taxation. It contains a detailed description of methods of conducting population, economic and agricultural censuses.

Rome conducted censuses to determine taxes (see Censor (ancient Rome)). The word 'census' origins in fact from ancient Rome, coming from the Latin word 'censere', meaning ‘estimate’. The Roman census was the most developed of any recorded in the ancient world and it played a crucial role in the administration of the Roman Empire. The Roman census was carried out every five years. It provided a register of citizens and their property from which their duties and privileges could be listed.

The world's oldest extant census data comes from China during the Han Dynasty. Taken in the fall of 2 AD, it is considered by scholars to be quite accurate. At that time there were 59.6 million living in Han China, the world's largest population. The second oldest preserved census is also from the Han, dating back to 140 AD, when only a few more than 48 million people were recorded. Mass migrations into what is today southern China are believed to be behind this massive demographic decline.

In the Middle Ages, the most famous census in Europe is the Domesday Book, undertaken in 1086 by William I of England so that he could properly tax the land he had recently conquered. In 1183, a census was taken of the crusader Kingdom of Jerusalem, to ascertain the number of men and amount of money that could possibly be raised against an invasion by Saladin, sultan of Egypt and Syria.

A very interesting way to record census information was made in the Inca Empire in the Andean region from the 15th century until the Spaniards conquered their land. The Incas did not have any written language but recorded information collected during censuses and other numeric information as well as non-numeric data on quipus, strings from llama or alpaca hair or cotton cords with numeric and other values encoded by knots in a base 10 positional system.

All content from Kiddle encyclopedia articles (including the article images and facts) can be freely used under Attribution-ShareAlike license, unless stated otherwise. Cite this article:
Census Facts for Kids. Kiddle Encyclopedia.