Christianity in Pakistan facts for kids 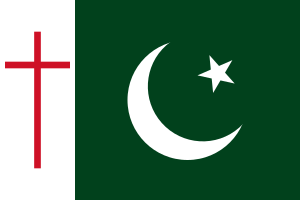 Both Roman Catholics and Protestants (mostly belonging to the Church of Pakistan) are found here. There is an interdenominational 'Pakistan Christian Congress', that helps to smooth out relations between various sects and to take up any issues of mutual concern.

All content from Kiddle encyclopedia articles (including the article images and facts) can be freely used under Attribution-ShareAlike license, unless stated otherwise. Cite this article:
Christianity in Pakistan Facts for Kids. Kiddle Encyclopedia.