Clifton is a rural town and locality in the Toowoomba Region, Queensland, Australia. In the 2016 census, Clifton had a population of 1,456 people. 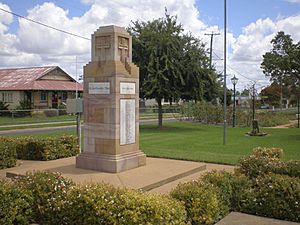 The Clifton War Memorial is located on the corner of King and Edward Streets.

The Clifton Library is operated by the Toowoomba Regional Council. The library is located on Meara Place and is open five days a week (Tuesday through Saturday).

Clifton Historical Museum is located in the old butter factory where there is a range of early agricultural tools and machinery on display. It is staffed by volunteers. 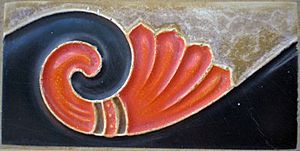 All content from Kiddle encyclopedia articles (including the article images and facts) can be freely used under Attribution-ShareAlike license, unless stated otherwise. Cite this article:
Clifton, Queensland Facts for Kids. Kiddle Encyclopedia.