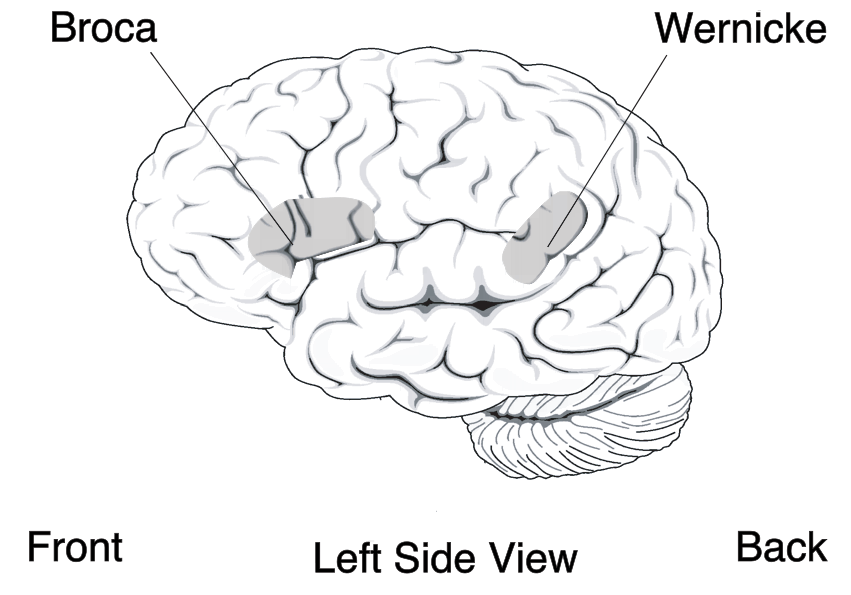 Broca's and Wernicke's areas of the brain, which are critical in language

Cognitive psychology is a branch of psychology that looks at basic actions of the mind. These are aspects of the higher brain, such as thought, feeling, problem solving, memory, and language. Cognitive psychologists often look at mental changes that happen after a stimulus (things that can be felt by the five senses) and before a behavioral response (what a person does after sensing something).

The general idea of cognitive psychology was surveyed in several 19th century works:

Cognitive psychology had its beginnings in the Gestalt psychology of Max Wertheimer, Wolfgang Köhler, and Kurt Koffka, and in the work of Jean Piaget, who came up with a theory of "stages" or "phases" that describe children's cognitive development.

Psycholinguistics (the psychology of language)

All content from Kiddle encyclopedia articles (including the article images and facts) can be freely used under Attribution-ShareAlike license, unless stated otherwise. Cite this article:
Cognitive psychology Facts for Kids. Kiddle Encyclopedia.