Feldman was born in Reseda, California, the son of musician Bob Feldman and cocktail waitress Sheila Feldman. Feldman was raised Jewish, and also holds beliefs in the paranormal. He has an older sister Mindy, a former member of The New Mickey Mouse Club, two younger brothers, Eden and Devon, and a younger sister, Brittany. 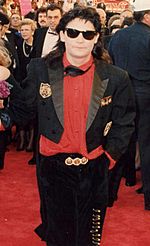 Feldman at the Academy Awards in March 1989

Feldman started his career at the age of three, appearing in a McDonald's commercial. In his youth he appeared in over 100 television commercials and on 50 television series, including The Bad News Bears, Mork & Mindy, Eight is Enough, One Day at a Time and Cheers. He debuted in the films Time After Time and Disney's The Fox and the Hound. In 1981, he appeared in NBC's musical comedy children's special How to Eat Like a Child.

Feldman then went on to be featured in several consecutive high-grossing movies. The movies included Friday the 13th: The Final Chapter (1984), Gremlins (1984), The Goonies (1985), and Stand By Me (1986), the latter alongside River Phoenix, Wil Wheaton, and Jerry O'Connell. In 1987, Feldman appeared with Corey Haim in The Lost Boys, in which he played Edgar Frog, a role he reprised in two sequels, Lost Boys: The Tribe (2008) and Lost Boys: The Thirst (2010). The Lost Boys marked the first onscreen pairing of Feldman and Haim, who became known as "The Two Coreys". The pair went on to star in a string of films, including License to Drive (1988) and Dream a Little Dream (1989). Feldman also did the voice of Donatello in the original live action Teenage Mutant Ninja Turtles movie.

In 2007, Feldman and Corey Haim began a scripted reality television show entitled The Two Coreys on the A&E Network. Haim and Feldman began taping on December 4, 2006. The show premiered on July 29, 2007. In the winter of 2007, Feldman's new film, Terror Inside, was released after the premiere of the A&E show. It was filmed in the Greater Orlando area by Minott Lenders, an independent film company based in Florida. In January 2008, Feldman, his wife, and Haim started production on the second season of the television show The Two Coreys. Feldman was also executive producer for both seasons.

He continued working with his friend Corey Haim on independent films, including a sequel to their last mainstream film together, Dream a Little Dream 2. In 1996, Feldman directed his first and only motion picture, a slapstick comedy called Busted where Haim played a leading role. This would be the last film that they would do as the Two Coreys. (Haim died in 2010.)

All content from Kiddle encyclopedia articles (including the article images and facts) can be freely used under Attribution-ShareAlike license, unless stated otherwise. Cite this article:
Corey Feldman Facts for Kids. Kiddle Encyclopedia.