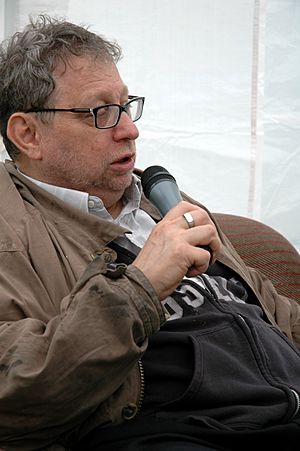 Danny Schechter (June 27, 1942 – March 19, 2015) was an American television producer, independent filmmaker, blogger, and media critic. He wrote and lectured about the media in the US and worldwide. He was known for his documentaries about Nelson Mandela. Schechter was born in The Bronx, New York.

All content from Kiddle encyclopedia articles (including the article images and facts) can be freely used under Attribution-ShareAlike license, unless stated otherwise. Cite this article:
Danny Schechter Facts for Kids. Kiddle Encyclopedia.