David Baszucki (born January 20, 1963), also known by his Roblox username builderman, is a Canadian-born American entrepreneur, engineer, and inventor. He is best known as the co-founder and CEO of Roblox. He previously founded and served as the CEO of Knowledge Revolution, which was acquired by MSC Software in December 1998.

Baszucki was born on January 20, 1963 in Canada. He attended Eden Prairie High School in Eden Prairie, MN, where he was the captain of his high school TV quiz team. He later went on to host his own talk radio show for KSCO Radio Santa Cruz from February to July 2003. Baszucki studied engineering and computer science at Stanford University. He graduated in 1985 as a General Motors Scholar in electrical engineering.

In 1989, Baszucki, together with his brother, Greg Baszucki, founded the company Knowledge Revolution following the development of their educational application Interactive Physics. Originally released for Macintosh computers, Interactive Physics was an award-winning engineering simulation software product that allowed users, primarily teachers and students, to create their own physics experiments in a 2D laboratory environment.

As a follow-up to Interactive Physics, Knowledge Revolution launched the mechanical design software Working Model in the early 1990s. Similar to its sister program, Working Model also provided a set of virtual mechanical components, such as springs, ropes, and motors, that could be used to create basic physics simulations in a 2D working space.

In December 1998, Knowledge Revolution was acquired by MSC Software, a simulation software company based in Newport Beach, California, for $20 million. Baszucki was named vice president and general manager of MSC Software from 2000 – 2002, but he left to establish Baszucki & Associates, an angel investment firm. Baszucki led Baszucki and Associates from 2003 to 2004. While an investor, he provided seed funding to Friendster, a social networking service.

In 2004, Baszucki, along with Erik Cassel – who worked as Baszucki's VP of Engineering for Interactive Physics – began working on an early prototype of Roblox under the working title DynaBlocks. It was later renamed Roblox, a portmanteau of “robots” and “blocks” in 2005. The website officially launched in 2006. In a June 2016 interview with Forbes, Baszucki stated that the idea for Roblox was inspired by the success of his Interactive Physics and Working Model software applications, especially among young students.

Baszucki spoke at the 2018 Disrupt - San Francisco conference. In 2020, Baszucki funded a study on the effect of Hydroxychloroquine on COVID-19, which showed no evidence of it preventing or treating the virus. 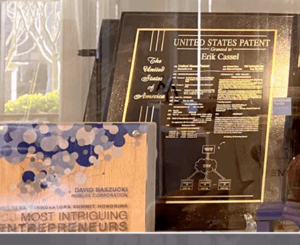 Baszucki has received the following awards and honors:

Baszucki lives in the San Francisco Bay Area with his wife, Jan Ellison, and their four children. In a 2020 blog post after the Killing of George Floyd, Baszucki expressed his support for the Black Lives Matter movement, expressing dismay at the large amounts of racial inequality in the United States.

All content from Kiddle encyclopedia articles (including the article images and facts) can be freely used under Attribution-ShareAlike license, unless stated otherwise. Cite this article:
David Baszucki Facts for Kids. Kiddle Encyclopedia.