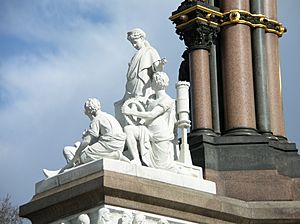 Engineer is a person with a proper education in the field of engineering. The word engineer is derived from the Latin root ingenium, meaning "cleverness". Engineers design materials, structures, machines and systems while considering the limitations imposed by practicality, safety and cost. Much of the work is applied science, using information given by scientists to do their work. Apart from working with things, an engineer must also be good at working with people and money.

Engineers develop new technological solutions. During the engineering design process, the responsibilities of the engineer may include defining problems, conducting and narrowing research, analyzing criteria, finding and analyzing solutions, and making decisions. Much of an engineer's time is spent on researching, locating, applying, and transferring information. Indeed, research suggests engineers spend 56% of their time engaged in various information behaviours, including 14% actively searching for information.

Engineers must weigh different design choices on their merits and choose the solution that best matches the requirements. Their crucial and unique task is to identify, understand, and interpret the constraints on a design in order to produce a successful result. 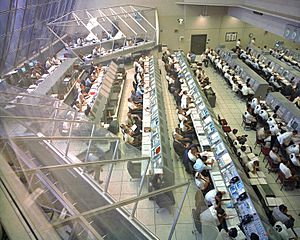 Most engineers specialize in one or more engineering disciplines. Numerous specialties are recognized by professional societies, and each of the major branches of engineering has numerous subdivisions. Civil engineering, for example, includes structural and transportation engineering and materials engineering include ceramic, metallurgical, and polymer engineering. Mechanical engineering cuts across just about every discipline since its core essence is applied physics. Engineers also may specialize in one industry, such as motor vehicles, or in one type of technology, such as turbines or semiconductor materials.

Several recent studies have investigated how engineers spend their time; that is, the work tasks they perform and how their time is distributed among these. Research suggests that there are several key themes present in engineers’ work: (1) technical work (i.e., the application of science to product development); (2) social work (i.e., interactive communication between people); (3) computer-based work; (4) information behaviours. Amongst other more detailed findings, a recent work sampling study found that engineers spend 62.92% of their time engaged in technical work, 40.37% in social work, and 49.66% in computer-based work. Furthermore, there was considerable overlap between these different types of work, with engineers spending 24.96% of their time engaged in technical and social work, 37.97% in technical and non-social, 15.42% in non-technical and social, and 21.66% in non-technical and non-social.

Engineering is also an information-intensive field, with research finding that engineers spend 55.8% of their time engaged in various different information behaviours, including 14.2% actively seeking information from other people (7.8%) and information repositories such as documents and databases (6.4%).

The time engineers spend engaged in such activities is also reflected in the competencies required in engineering roles. In addition to engineers’ core technical competence, research has also demonstrated the critical nature of their personal attributes, project management skills, and cognitive abilities to success in the role. 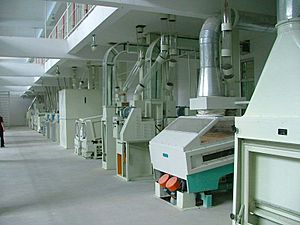 All content from Kiddle encyclopedia articles (including the article images and facts) can be freely used under Attribution-ShareAlike license, unless stated otherwise. Cite this article:
Engineer Facts for Kids. Kiddle Encyclopedia.