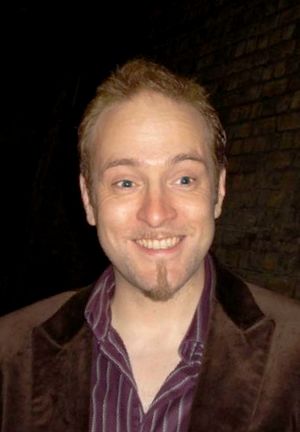 Derren Victor Brown (born 27 February 1971) is an English magician, psychological illusionist, "mentalist", and painter. He was born in Croydon, south London. Brown studied law and German at the University of Bristol. In 1996, he started doing stage shows. He is especially known for "close-up magic", where the subject is, for example, sitting at a table opposite the performer.

Trick of the Mind, Trick or Treat and The System are some of his television programmes shown on Channel 4.

Brown is openly gay. He was an Evangelical Christian in his teens, and became an atheist in his twenties. This is discussed by Brown in the "Messiah" special, and in his book Tricks of the Mind. An interview as part of Richard Dawkins' two-part documentary series The Enemies of Reason, where Brown explained various psychological techniques used by purported psychics and spiritual mediums to manipulate their audiences, Brown also said he sought to strengthen his belief and provide answers to common criticisms of religion by reading the Bible and other Christian religious texts. He found none of the answers he sought and came to the conclusion that his belief (in Christianity) had no basis.

All content from Kiddle encyclopedia articles (including the article images and facts) can be freely used under Attribution-ShareAlike license, unless stated otherwise. Cite this article:
Derren Brown Facts for Kids. Kiddle Encyclopedia.