Division of Hasluck facts for kids 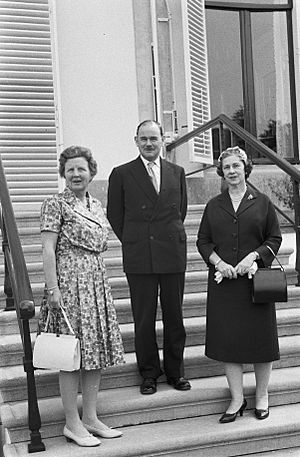 Paul and Alexandra Hasluck on the right, with Queen Juliana

The Division of Hasluck is an electoral division of the Australian House of Representatives, in Western Australia.

The division covers the eastern suburbs of Perth, and includes the following suburbs:

All content from Kiddle encyclopedia articles (including the article images and facts) can be freely used under Attribution-ShareAlike license, unless stated otherwise. Cite this article:
Division of Hasluck Facts for Kids. Kiddle Encyclopedia.