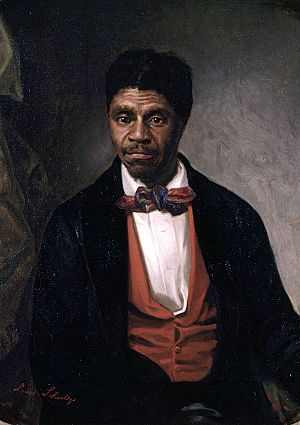 Dred Scott (1799 – September 17, 1858) was a slave in the United States of America who took legal action to get his freedom in the Dred Scott v. Sanford case. His case was rejected by the Supreme Court.

Many people were angry at the decision, and slavery became one of the main issues in the American Civil War a few years later. Slavery was ended after the Confederate States of America surrendered.

All content from Kiddle encyclopedia articles (including the article images and facts) can be freely used under Attribution-ShareAlike license, unless stated otherwise. Cite this article:
Dred Scott Facts for Kids. Kiddle Encyclopedia.