Eloy is a city in Pinal County, Arizona, United States, approximately 50 miles (80 km) northwest of Tucson and about 65 miles (105 km) southeast of Phoenix. According to the U.S. Census estimates in 2019, the population of the city is 19,625. 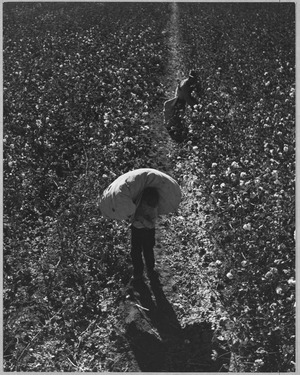 Near Eloy, Pinal County, Arizona. Ten-year-old boy brings in his morning pick to the weighmaster at the cotton wagon, photo by Dorothea Lange (November 1940) 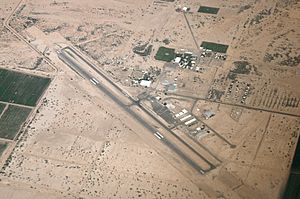 According to Eloy's 2019 Comprehensive Annual Financial Report, the top employers in the city are: 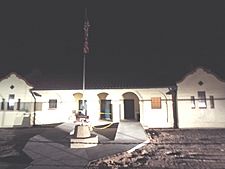 The Eloy Elementary School District provides elementary education in grades kindergarten through 8 through its four schools:

The Eloy Municipal Airport is a non-towered airport located in Eloy.

All content from Kiddle encyclopedia articles (including the article images and facts) can be freely used under Attribution-ShareAlike license, unless stated otherwise. Cite this article:
Eloy, Arizona Facts for Kids. Kiddle Encyclopedia.