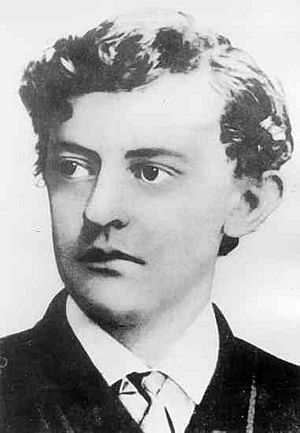 Ernst Heinrich Barlach (2 January 1870 in Wedel – 24 October 1938 in Rostock) was a German expressionist sculptor, printmaker and writer. Although he was a supporter of the war in the years leading to World War I, his participation in the war made him change his position, and he is mostly known for his sculptures protesting against the war. This created many conflicts during the rise of the Nazi Party, when most of his works were confiscated as degenerate art. Stylistically, his literary and artistic work would fall between the categories of twentieth-century Realism and Expressionism.

All content from Kiddle encyclopedia articles (including the article images and facts) can be freely used under Attribution-ShareAlike license, unless stated otherwise. Cite this article:
Ernst Barlach Facts for Kids. Kiddle Encyclopedia.