Evans City is a borough in Butler County, Pennsylvania, United States. The population was 1,833 at the 2010 census.

According to the United States Census Bureau, Evans City has a total area of 0.81 square miles (2.1 km2), all of it land.

There were 819 households, out of which 31.6% had children under the age of 18 living with them, 53.1% were married couples living together, 10.3% had a female householder with no husband present, and 33.0% were non-families. 28.9% of all households were made up of individuals, and 13.4% had someone living alone who was 65 years of age or older. The average household size was 2.44 and the average family size was 3.02.

The site that is now Evans City was for a long time a favorite camping ground for Native Americans, who named the creek that ran through it Big Beaver Run, while the French knew it as Casse-cou-anse or "Breakneck Creek", a name adopted by travelers between Fort Duquesne and Fort Machault, and by the English-speaking pioneers of the original township of Connoquenessing. From 1804 to 1836, the location was often called "Boggs' Mill", and in later years "Evansburg", after Thomas B. Evans, who purchased and rebuilt the original Boggs' Mill. In 1880 it was a little hamlet, credited with a population of 68 people. In 1890, there were 637 persons enumerated in the census, and at the beginning of 1894, it was generally credited with a population of approximately 1,000.

In October 1878, the railroad was completed to Evans City; the first freight to be delivered was a new boiler to replace one which had exploded in the Sutton flouring mill. The bank of J. Dambauch & Son was in existence. The residence for the pastor of the German Lutheran church, the Henry Young store and other houses were completed, and the new railroad town showed increased signs of business activity. A council appears to have had control of the place at that time, as mention is made of street improvements and of the appointment of Z. T. Weise as chief of police.

The burning question at the time was the location of the railroad depot. Once the location for the depot was chosen, it became a rather famous decision, creating the nation's only railway depot that was built over water. Spanning the Breakneck Creek on iron beams for support, the picturesque railway station was an iconic landmark of breathtaking architecture. Due to its age and growing structural instability, and against much popular protest, the station was finally demolished in the early 1980s rather than restored.

Later the school question occupied the attention of the people. Ultimately the schools were placed under the control of the Jackson Township board after a resolution by the Evans City school building committee was withdrawn.

In 1882 Evans City was incorporated as a borough. At the charter election held September 22, of that year, Edward Dambach was chosen burgess.

The first churches of record in the area were as follows:

The United Presbyterian Church was founded about 1837. Services were held in the frame school-building in the old United Presbyterian cemetery, until about 1842, when a brick house of worship was erected. Owing to the age of the old building and its unsafe condition, a new house of worship was considered necessary and the present building was erected. This is a frame house 45 by 60 feet (14 by 18 m), well furnished, with pastor's study, standing on the old church lot on Main Street. It was dedicated in April 1888.

St. Peter's Evangelical Lutheran is a contemporary of the "German Lutheran and Reformed Congregation". In 1849 it was known as the "Reformed Church", then united with the German Lutheran, and so continued until August 2, 1853, when fifteen of the thirty families forming the united congregation held distinct Reformed services in the church built in 1849-50.

The Presbyterian Church was founded in 1882 out of the Old Plains Church congregation.

The Methodist Episcopal Church was dedicated on October 27, 1889. The old class at Caleb Richmond's, in Forward Township, later consolidated with the Brownsdale class, claimed some members from the Breakneck region, as well as did the Duthill class in Cranberry township to form the original members.

The Evans City Cemetery and the borough became popularly known as the place where the 1968 horror film Night of the Living Dead was filmed. The film's director, George A. Romero, also shot his 1973 film The Crazies in and around Evans City. 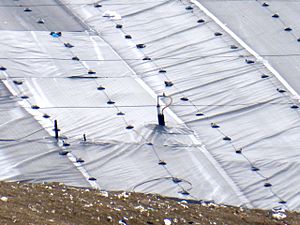 Seneca Landfill, near Evans City, captures methane, which it converts to renewable natural gas at its on-site methane recovery high-BTU plant, LEGO-V. The landfill produces .34MW of electricity, and enough renewable energy to heat over 3,800 homes per year. This reduces the county's methane emissions, and provides an alternative to fracking for shale gas.

All content from Kiddle encyclopedia articles (including the article images and facts) can be freely used under Attribution-ShareAlike license, unless stated otherwise. Cite this article:
Evans City, Pennsylvania Facts for Kids. Kiddle Encyclopedia.