Flag of Brazil facts for kids 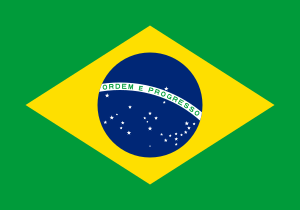 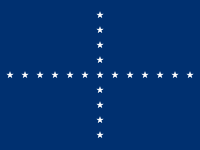 The Brazilian Flag is the flag of Brazil. It is the flag that has gone through the most changes and the current flag was made and used in May of 1992, and still use it today.

It has gone through changes many times, changes including stars, colour and other things. 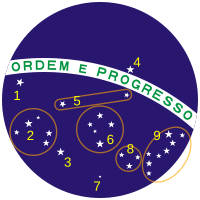 The stars on the flag

A list of constellations and stars on the map:

All content from Kiddle encyclopedia articles (including the article images and facts) can be freely used under Attribution-ShareAlike license, unless stated otherwise. Cite this article:
Flag of Brazil Facts for Kids. Kiddle Encyclopedia.