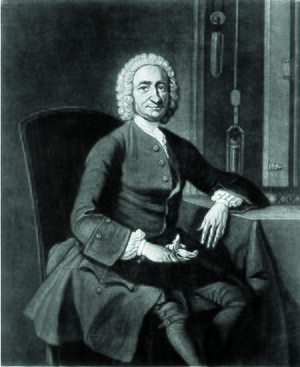 George Graham (1673 in Cumberland, England - November 16, 1751, London) was an English watchmaker and inventor. .He was a member of the British Royal Society. He was a close friend of the well known clockmaker Thomas Tompion. Graham invented many improvements to the pendulum clock. He invented the mercury compensating pendulum.

All content from Kiddle encyclopedia articles (including the article images and facts) can be freely used under Attribution-ShareAlike license, unless stated otherwise. Cite this article:
George Graham (clockmaker) Facts for Kids. Kiddle Encyclopedia.