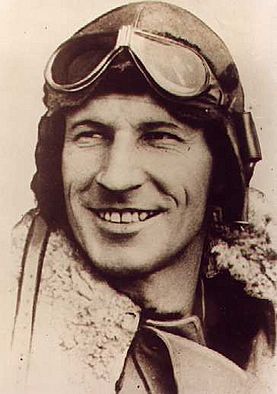 Situated at the northern end of Seven Mile Beach and the head of Crooked River, the original village was once a retreat for various religious orders. Today it is a popular holiday town, and residence for retirees. Many houses have impressive views of the beach and Mount Coolangatta. At the 2016 census, the population was 673, although the population swells, particularly at Easter and the Christmas−New Year break. Many holiday makers stay at the caravan park, by the Crooked River.

Nearby is Seven Mile Beach National Park, a well regarded area for bird watching, walking and fishing. Hang gliding, paragliding, sailing, windsurfing, and surfing are also enjoyed here. Black Head is suited to rock fishing, though it may be dangerous in high seas. A golf course is situated just north of the town. The rainforest remnants on the hill above the town and behind the beach contain interesting sub-tropical species, such as Snow-wood, Illawarra Plum and Camphorwood. The original vegetation was littoral (seaside) rainforest. Possums, wombats and falcons as well as many other indigenous animals may be seen near the town. Whales are commonly spotted in winter months heading north.

The Aboriginal Wodi Wodi people of the language group Dharawal had been using the land for around 20,000 years. They moved to different locations every six weeks or so in family groups. The fertile bushland would have provided a good supply of food.

The first white people to visit the area were probably survivors of the shipwreck of Sydney Cove. They passed through this area in 1797. As early as 1814, cedar cutters explored the area around nearby Gerringong. The cedar cutters or "sawyers" as they called themselves were so described:

... the true pioneers of European civilisation. Long and before the farmer or grazier had set foot in those wilds-years prior to the novelty of clearing off and fencing in-the tent of the sawyer was a familiar object to the local blacks. With but few exceptions, the earlier cedar-cutters were convicts out on ticket of leave. Many of the blackest-dyed ruffians of their time were to be found in the ranks of the Illawarra sawyers.

In 1929, Wizard Smith set an Australian land speed record at Seven Mile Beach. The first recording of a car speed of a hundred miles an hour in Australia was recorded on the beach.

On 11 January 1933 Sir Charles Kingsford Smith undertook his historic first commercial flight from Seven Mile Beach to New Zealand. The Southern Cross took 14 hours and ten minutes to make the journey to New Plymouth. The flight commenced at 2.50 am, watched by a crowd of thousands of visitors and local residents. Some had their car headlights turned on to assist Kingsford-Smith in his take off. A memorial plaque and lookout at Gerroa marks the event.

Gerroa has an oceanic climate (Köppen climate classification Cfb), with humid and warm summers and cool wet winters. Maximum summer temperatures usually range from 23 to 35 degrees C. Though temperatures of 40 degrees are not unknown. In winter, temperatures can be as low as 5 degrees. The annual average rainfall at nearby Kiama is 1258 mm. The town is occasionally exposed to strong southerly winds.

Soils in the area are based on the Gerringong Volcanics, of Permian latite. As well as the volcanically based Budgong Sandstone, both of which produce relatively fertile red/brown soils. South of the town, by the river and beach the soils are alluvial are sandy.

All content from Kiddle encyclopedia articles (including the article images and facts) can be freely used under Attribution-ShareAlike license, unless stated otherwise. Cite this article:
Gerroa, New South Wales Facts for Kids. Kiddle Encyclopedia.