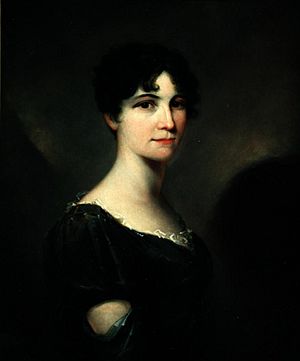 Harriet Arbuthnot was born September 10, 1793. She was an English diarist, a social observer and a political hostess on behalf of the Tory party during the 1820s. She was the closest woman friend to the hero of the Battle of Waterloo and British Prime Minister, 1st Duke of Wellington. She died on August 2, 1834.

All content from Kiddle encyclopedia articles (including the article images and facts) can be freely used under Attribution-ShareAlike license, unless stated otherwise. Cite this article:
Harriet Arbuthnot Facts for Kids. Kiddle Encyclopedia.