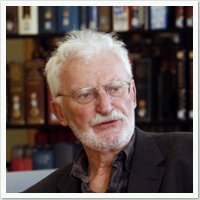 Heinrich Rohrer (6 June 1933 – 16 May 2013) was a Swiss physicist. He shared half of the 1986 Nobel Prize in Physics with Gerd Binnig for the design of the scanning tunneling microscope (STM). (The other half of the Prize was awarded to Ernst Ruska.)

Rohrer was born on 6 June 1933 in Buchs, St. Gallen, Switzerland. He was raised in Zürich, Switzerland. Rohrer studied at Swiss Federal Institute of Technology. He was never married. Rohrer died on 16 May 2013 in Wollerau, Switzerland after battling a disease, aged 79.

All content from Kiddle encyclopedia articles (including the article images and facts) can be freely used under Attribution-ShareAlike license, unless stated otherwise. Cite this article:
Heinrich Rohrer Facts for Kids. Kiddle Encyclopedia.