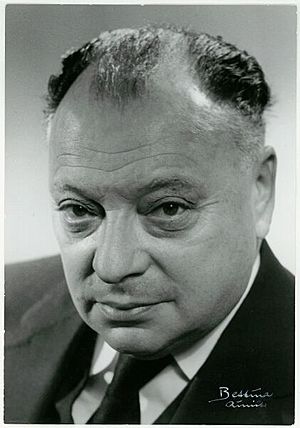 Wolfgang Ernst Pauli (25 April 1900 in Vienna – 15 December 1958 in Zurich) was an Austrian-American-Swiss theoretical physicist known for his work on spin theory, and for the discovery of the pauli exclusion principle, which is important for the structure of matter and the whole of chemistry. He was given the Nobel Prize in Physics in 1945.

Pauli was of Jewish descent.

All content from Kiddle encyclopedia articles (including the article images and facts) can be freely used under Attribution-ShareAlike license, unless stated otherwise. Cite this article:
Wolfgang Pauli Facts for Kids. Kiddle Encyclopedia.