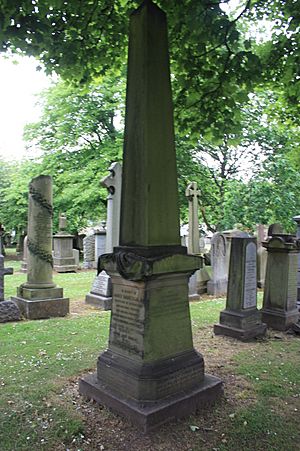 Bannerman was born at 35 Royal Terrace, Edinburgh. She was the eldest daughter and fourth child of seven children of Robert Boog Watson (1823-1910), minister of the Free Church of Scotland and malacologist, and his wife Janet (1831-1912), daughter of Helen Brodie and the papermaker and philanthropist Alexander Cowan. Between the ages of 2 and 12 she lived in Madeira, where her father was minister at the Scottish church. When the family returned, they spent much time with their maternal aunt, Mrs Cowan at 35 Royal Terrace on Calton Hill.

Because women were not admitted into British universities, she sat external examinations set by the University of St. Andrews, attaining the qualification of Lady Literate in Arts (LLA) in 1887. She then married Dr William Burney Bannerman, a physician and an officer in the Indian Medical Service (IMS). The couple then moved to India in 1889, taking up residence in Madras (modern-day Chennai), capital of the state of Tamil Nadu on the southeastern seacoast, populated mostly by the Tamil ethnic group. During their 30 years in India they had four children: daughters Janet (b. 1893) and Day (b. 1896), and sons James "Pat" Patrick (b.1900) and Robert (b. 1902).

She died in Edinburgh in 1946 of cerebral thrombosis. She is buried with her husband in Grange Cemetery in south Edinburgh.

She was the grandmother of the physicist Tom Kibble, who discovered the Higgs–Kibble mechanism and the Higgs boson.

All content from Kiddle encyclopedia articles (including the article images and facts) can be freely used under Attribution-ShareAlike license, unless stated otherwise. Cite this article:
Helen Bannerman Facts for Kids. Kiddle Encyclopedia.