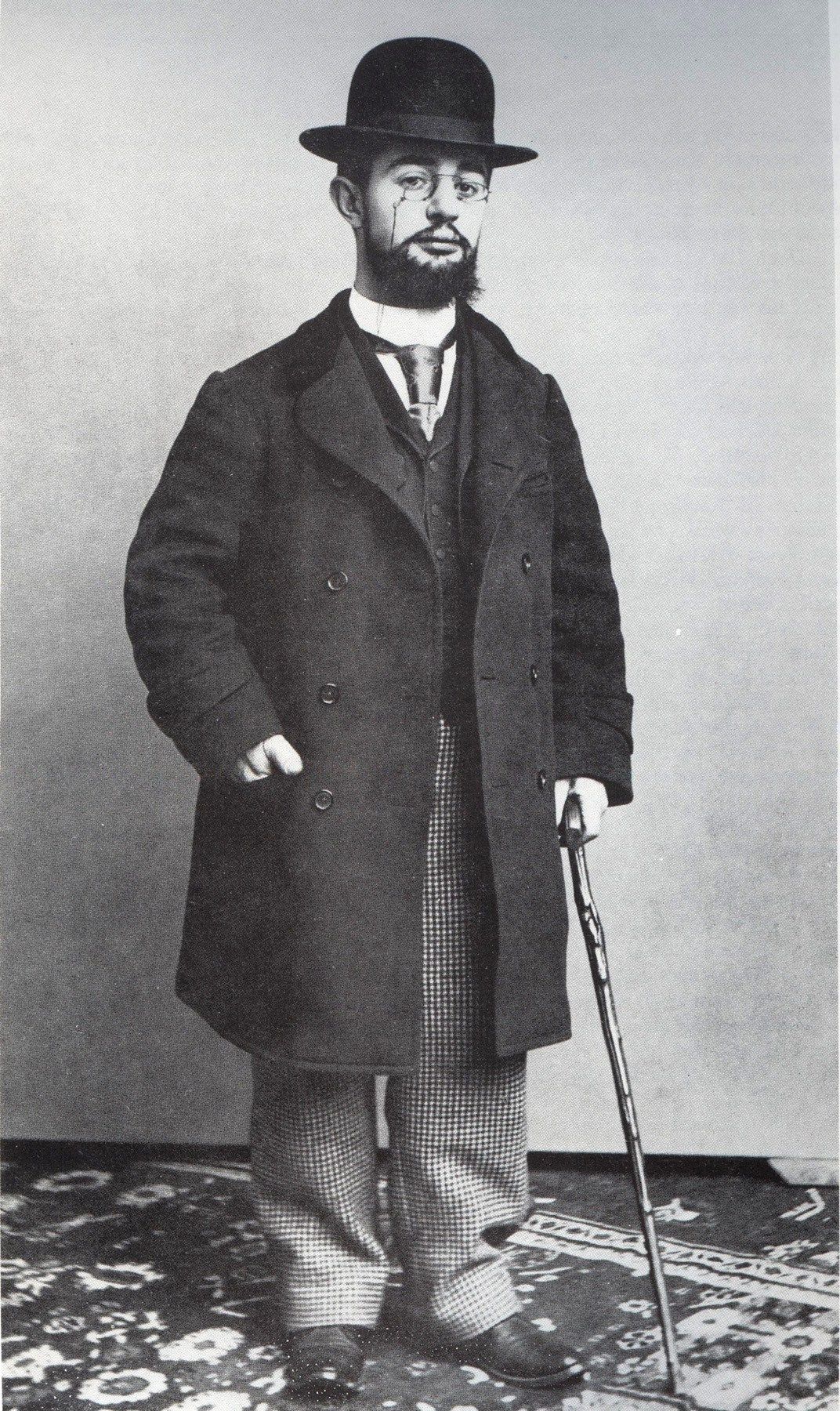 Henri de Toulouse-Lautrec, (24 November 1864 – 9 September 1901) was a French painter of the Post-Impressionist period. He was born into a noble family, but lived for most of his life among the actors and dancers of Paris. He is famous for painting the lives of these people, the entertainment of Paris, and many portraits.

He was expert at drawing and also made many printed posters to advertise entertainments.

In a 2005 auction at Christie's auction house a new record was set when La blanchisseuse, an early painting of a young laundress, sold for $22.4 million U.S.

Henri Marie Raymond de Toulouse-Lautrec Monfa was born in Albi in the Midi-Pyrénées region of France. He was the oldest child of Count Alphonse and Countess Adèle de Toulouse-Lautrec. His mother and father were cousins. This is thought to have been a reason for his weakness and bad health. His younger brother was born on 28 August 1867, but died the following year.

Henri had two accidents when he was 13 and 14. He fractured (broke) the thigh bones of both his legs. They took a long time to heal, and never grew again. No-one knows exactly what caused this problem. As an adult he had a man-sized body but child-sized legs and was 1.54 m (5 ft 1 in) tall,

At the Circus Fernando

As a young man, Toulouse-Lautrec was not able to do many of the things that other men of his age liked doing. He had been good at drawing from the time he was a child. He spent his time drawing and painting instead of joining in sports and hunting. He travelled to Paris where he met other artists as well as writers, actors and dancers. The "night life" (entertainment) of Paris had so many colourful scenes and people to paint. His paintings are famous for showing the scenes of modern life in a way they had never been shown before.

He painted the singer Yvette Guilbert, the dancer Jane Avril and the dancer Louise Weber, who was known as "La Goulue" ("The Greedy-Guts") and who created the leg-kicking dance called the "Can-Can", which is still danced at the "Moulin Rouge" to this day.

All content from Kiddle encyclopedia articles (including the article images and facts) can be freely used under Attribution-ShareAlike license, unless stated otherwise. Cite this article:
Henri de Toulouse-Lautrec Facts for Kids. Kiddle Encyclopedia.