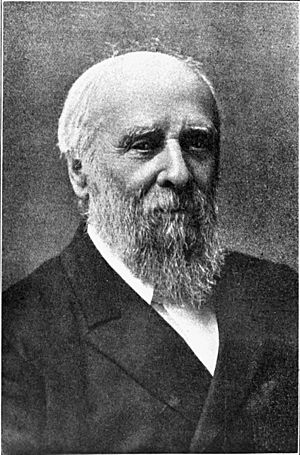 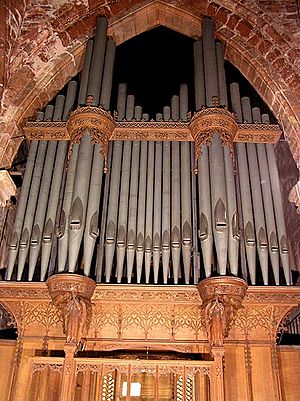 Henry Willis (born: 27 April 1821, London - died: 11 February 1901, London) was a British builder of pipe organs. He built a very large number of organs, many of them for big cathedrals and concert halls in Britain, such as St. Paul's Cathedral, Truro Cathedral, and the Royal Albert Hall. He also built an organ for Queen Victoria at Windsor Castle. Many of the organs that he built are in other parts of the world, especially in countries that belonged to the British Empire.

Many organists who gave organ recitals liked Henry Willis’s organs because they had lots of different sounds which helped to make the organ sound like an orchestra. He made organs for churches where the architects were getting rid of the central screen so that the organ could be heard better in the main part of the church (the nave). He used ideas that had been created by the French organ builder Cavaillé-Coll and by Barker. He made several inventions himself, including the thumb piston, which made it possible for an organist to change the combination of stops without taking his hands off the keyboard.

All content from Kiddle encyclopedia articles (including the article images and facts) can be freely used under Attribution-ShareAlike license, unless stated otherwise. Cite this article:
Henry Willis Facts for Kids. Kiddle Encyclopedia.