Hondo is a city in and the county seat of Medina County, Texas, United States. According to the 2010 Census, the population was 8,803. It is part of the San Antonio Metropolitan Statistical Area. 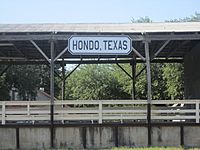 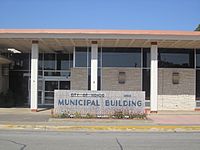 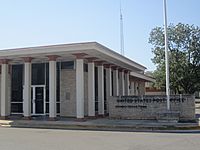 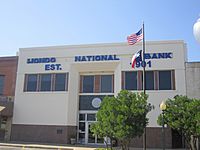 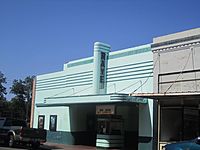 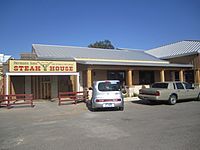 Original inhabitants of the area, now Medina County, were the Coahuiltecan people. Non-indigenous settlers to the area came from Alsace-Lorraine, Germany, Belgium and Mexico. Many family-owned businesses, farms, and ranches are still owned by descendants of the non-indigenous families.

The first Spaniard to explore the area was Cabeza de Vaca in the early 1530s, some 40 years after Columbus arrived in the New World.

Hondo was the scene of two bank robberies in the early 1920s. The crooks were the famed Newton Gang, the most successful outlaws in U.S. history. Both bank heists occurred the same night.

In 1930, the local Hondo Lions Club erected the now somewhat famous sign reading "This is God's Country, Don't Drive Through It Like Hell" at the city limits with the intention of slowing down those speeding while traveling through town. Later, in the 1940s the sign was changed to "This is God's Country, Please Don't Drive Through It Like Hell" to satisfy those in the town who were displeased with the tone of the old sign. [1] The sign has been in news and print in many magazines, including on the cover of National Geographic, and in the music video of Little Texas' song "God Blessed Texas."

The U.S. Army built an air field in the town in 1942 to train new pilots; at one time the largest air navigation school in the world, Hondo Army Air Field trained over 14,000 navigators for service during World War II before closing in 1946.

There were 2,207 households, of which 39.0% had children under the age of 18 living with them, 56.1% were married couples living together, 14.0% had a female householder with no husband present, and 24.6% were not families. About 21.3% of all households were made up of individuals and 10.7% had someone living alone who was 65 years of age or older. The average household size was 2.91 and the average family size was 3.38.

The climate in this area is characterized by hot, humid summers and generally mild to cool winters. According to the Köppen Climate Classification system, Hondo has a humid subtropical climate, abbreviated "Cfa" on climate maps.

All content from Kiddle encyclopedia articles (including the article images and facts) can be freely used under Attribution-ShareAlike license, unless stated otherwise. Cite this article:
Hondo, Texas Facts for Kids. Kiddle Encyclopedia.