House of Bourbon facts for kids 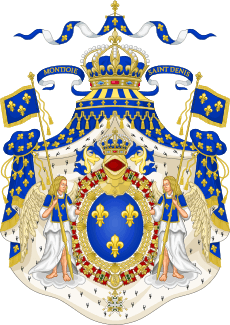 The coat of arms of the French Bourbons. It shows the lily flower linked with the name. It was also used by the King of Spain and other ruling Bourbons.

All of these branches descended from three legitimate grandsons of Louis XIV.

All content from Kiddle encyclopedia articles (including the article images and facts) can be freely used under Attribution-ShareAlike license, unless stated otherwise. Cite this article:
House of Bourbon Facts for Kids. Kiddle Encyclopedia.