The Royal House of Hohenzollern began ruling the area around Berlin and Brandenburg in modern Germany in 1415. 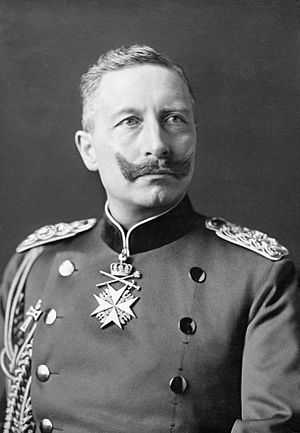 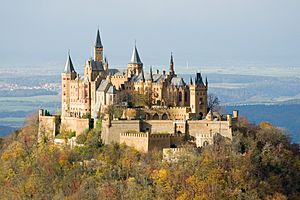 They became one of the Electors of the Holy Roman Emperor, Kings of Prussia in 1702 and in 1871 German Emperors.

They stopped ruling after World War One, when Germany became a republic. Prussia was abolished by the 4 allied powers controlling Germany in 1947.

The Royal Family took their name from their ancestral home Hohenzollern Castle in what is now Baden-Württemberg. The area around the castle was once ruled as a separate principality. 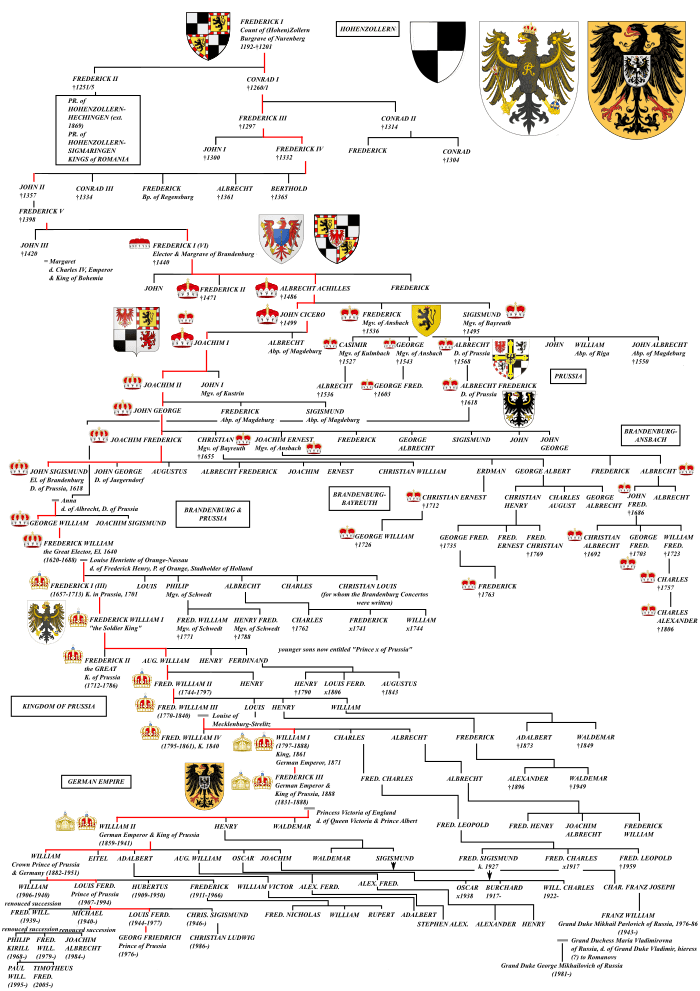 Table of the House of Hohenzollern

All content from Kiddle encyclopedia articles (including the article images and facts) can be freely used under Attribution-ShareAlike license, unless stated otherwise. Cite this article:
Hohenzollern Facts for Kids. Kiddle Encyclopedia.