Kingdom of Romania facts for kids

The Kingdom of Romania was a constitutional monarchy that existed in Romania from 26 March 1881 with the crowning of prince Karl of Hohenzollern-Sigmaringen as King Carol I, until 1947 with the abdication of King Michael I of Romania, and the Romanian parliament proclaiming Romania a socialist republic.

From 1859 to 1877, Romania evolved from a personal union of two vassal principalities (Moldavia and Wallachia) under a single prince to a freedom to govern itself principality with a Hohenzollern monarchy. The country gained its independence from the Ottoman Empire during the 1877–1878 Russo-Turkish War (known locally as the Romanian War of Independence).

The kingdom's territory during the reign of King Carol I, between 14 March 1881 and 27 September 1914 is sometimes referred as the Romanian Old Kingdom, to distinguish it from "Greater Romania", which included the provinces that became part of the state after World War I (Bessarabia, Banat, Bukovina, and Transylvania).

With the exception of the southern halves of Bukovina and Transylvania, these territories were surrendered to neighboring countries in 1940, under the pressure of Nazi Germany or the Soviet Union. Following a disastrous World War II campaign on the side of the Axis powers and name change (Legionary Romania), Romania joined the Allies in 1944, recovering Northern Transylvania.

The influence of the neighboring Soviet Union and the policies followed by Communist-dominated coalition governments ultimately led to the abolition of the monarchy, with Romania becoming a People's Republic on the last day of 1947. 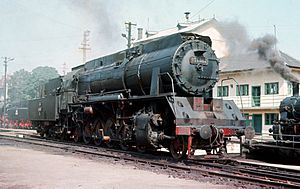 The Romanian Old Kingdom is a term referring to the territory covered by the first independent Romanian nation state, which was composed of the Danubian Principalities — Wallachia and Moldavia. It was achieved when, under the Treaty of Paris (1856), both countries - which were under Imperial Ottoman at the time - voted for Alexander Ioan Cuza as their prince. The region itself is defined by the result of that political act, followed by the inclusion of Northern Dobruja in 1878, the proclamation of the Kingdom of Romania in 1881, and the annexation of Southern Dobruja in 1913.

The term came into use after World War I, when the Old Kingdom was opposed to Greater Romania, which included Transylvania, Banat, Bessarabia, and Bukovina. Nowadays, the term mainly has a historical relevance, and is otherwise used as a common term for all regions in Romania included in both the Old Kingdom and present-day borders. 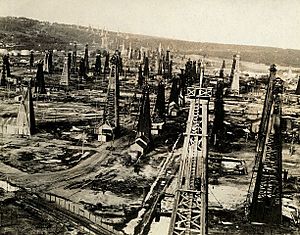 At the time of the proclamation of the Kingdom, there were already several industrial facilities in the country: The Assan and Olamazu steam mills, built in 1853 and 1862, a brick factory built in 1865, and two sugar factories built in 1873, among others. In 1857, the first oil refinery in the world was built at Ploiești.

In 1880, after several railways were built, the CFR was founded. After proclamation of the Kingdom, the pre-established industrial facilities began to be highly developed: 6 more, larger, sugar factories were built and the railway network was expanded more. Another, more modern brick factory was built in 1891. Despite all of these industrial achievements, the overwhelming majority of Romania's economy remained the agriculture. 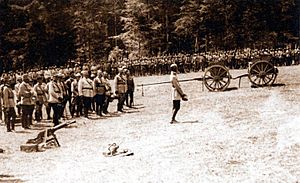 Romanian troops at Mărășești battlefield in 1917

Romania delayed in entering World War I, but ultimately declared war on the Central Powers in 1916. The Romanian military campaign ended in stalemate when the Central Powers quickly crushed the country's offensive into Transylvania and occupied Wallachia and Dobruja, including Bucharest and the strategically important oil fields, by the end of 1916.

In 1917, despite fierce Romanian resistance, especially at Mărăşeşti, due to Russia's withdrawal from the war following the October Revolution, Romania, being almost completely surrounded by the Central Powers, was forced to also drop from the war, signing the Armistice of Focșani and next year, in May 1918, the Treaty of Bucharest. But after the successful offensive on the Thessaloniki front which put Bulgaria out of the war, Romania's government quickly reasserted control and put an army back into the field on November 10, 1918, a day before the war ended in Western Europe. 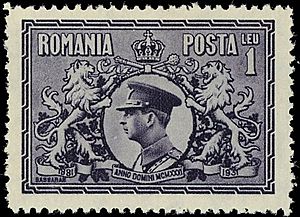 Romanian education was a mixed bag. While the nobility had a long tradition of sending their sons to Europe's finest schools, the educated were a tiny minority. Transylvania had the most educated population in Romania. While all Romanian children were required to attend at least four years of school, few actually went and the system was designed to separate those who would go on to higher education from those who would not. While this was partially necessary due to limited resources, it also ensured that peasants had almost no chance of becoming educated.

High school and college education in Romania was modeled after French schools. Students undertook a curriculum based around the liberal arts and anyone who could pass was very well-educated. However, Romania suffered from the same problem as the rest of Eastern Europe, which was that most students preferred abstract subjects like theology, philosophy, literature, the fine arts, and law to practical ones like science, business, and engineering. 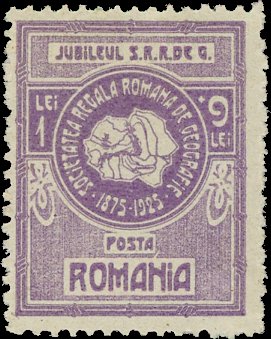 The peasant population was among the poorest in the region, a situation aggravated by one of Europe's highest birth rates. As elsewhere, peasants everywhere were convinced that land reform would solve their problems, and after the war they began to protest for such action, which led to the 1921 land reform. This did little to improve productivity, especially since the richness of Romania's soil was ineffective by a lack of modern farming techniques. Agricultural exports could not compete with those of Western Europe and North America, and the onset of the Great Depression caused the market for them to completely dry up.

In 1919, a staggering 72% of Romanians were engaged in agriculture. Farming was primitive and machinery and chemical fertilizers almost unheard of. The Regat (prewar Romania) was traditionally a land of large estates worked by peasants who either had no land of their own or else dwarf plots. After peasant calls for land reform snowballed into an avalanche, King Ferdinand had to oblige, especially once the Russian Revolution had encouraged peasants to take the matter in their own hands. 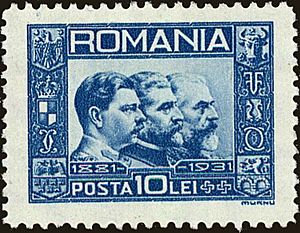 In the end, it did nothing to remedy the basic problems of rural overpopulation and technological backwardness. The redistributed plots were invariably too small to feed their owners and peasants also could not overcome their tradition of growing grain over cash crops. Since draft animals were rare, to say nothing of machinery, actual agricultural productivity was worse than before.

Despite the land reforms, landowners still controlled up to 30% of Romania's soil, also including the forests that peasants needed for fuel. Romania also had little opportunity to export agricultural products since the biggest ones like grain couldn't possibly compete with producers in the United States or elsewhere.

Romanian industry was quite well-developed due to an abundance of natural resources, especially oil. Lumber and various minerals were produced mainly for export, but most industry was owned by foreign companies, over 70% during the interwar period.

All content from Kiddle encyclopedia articles (including the article images and facts) can be freely used under Attribution-ShareAlike license, unless stated otherwise. Cite this article:
Kingdom of Romania Facts for Kids. Kiddle Encyclopedia.