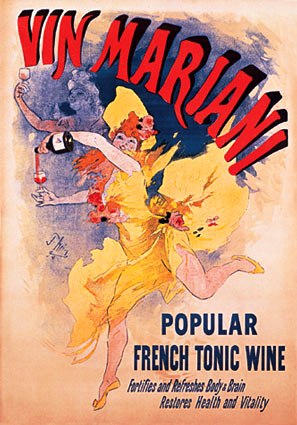 La Belle Époque ( French for "The Beautiful Era") was a period of Western history. It lasted from the end of the Franco-Prussian War in 1871 to the outbreak of World War I in 1914.

It was a period of optimism, peace, economic prosperity. The colonial empires were well established. There were many technological, scientific, and cultural innovations. The arts flourished in Paris and elsewhere. Many masterpieces of literature, music, theatre, and visual art were created.

The Belle Époque was named after the event. It was considered a "Golden Age" in contrast to the horrors of World War I. The Belle Epoque was a period in which, according to historian R.R. Palmer, "European civilization achieved its greatest power in global politics, and also exerted its maximum influence upon peoples outside Europe".

In the United States, after the Panic of 1873, the same period was called the Gilded Age (1870s–1900s). In Brazil, it started with the end of the Paraguayan War. In Mexico, the period was known as the Porfiriato, and in Japan, it coincided with the Meiji period.

All content from Kiddle encyclopedia articles (including the article images and facts) can be freely used under Attribution-ShareAlike license, unless stated otherwise. Cite this article:
Belle Époque Facts for Kids. Kiddle Encyclopedia.