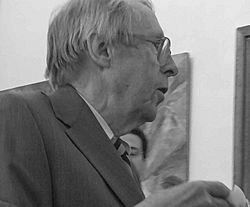 Kaarlo Jaakko Juhani Hintikka (January 12, 1929 – August 12, 2015) was a Finnish philosopher and logician, one of the most significant of the 20th century. He was born in Helsingin maalaiskunta (now Vantaa).

All content from Kiddle encyclopedia articles (including the article images and facts) can be freely used under Attribution-ShareAlike license, unless stated otherwise. Cite this article:
Jaakko Hintikka Facts for Kids. Kiddle Encyclopedia.