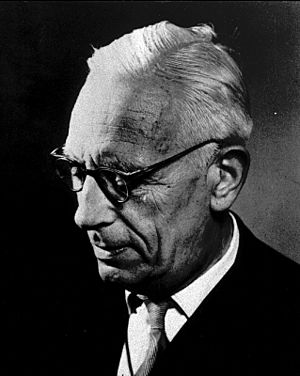 Jaap (or Jakob) Kunst (12 August 1891 in Groningen – 7 December 1960 in Amsterdam) was a Dutch ethnomusicologist, particularly associated with the study of gamelan music of Indonesia. He is known for coining the word "ethno-musicology" (which later became ethnomusicology) as a more accurate alternative to the then-preferred term, "comparative musicology".

All content from Kiddle encyclopedia articles (including the article images and facts) can be freely used under Attribution-ShareAlike license, unless stated otherwise. Cite this article:
Jaap Kunst Facts for Kids. Kiddle Encyclopedia.