John Cooper, Jr. (September 15, 1922 – May 3, 2011) was an American actor, television director, producer and executive. He was a child actor who managed to make the transition to an adult career. Cooper was the first child actor to receive an Academy Award nomination. At age nine, he was also the youngest performer to have been nominated for an Academy Award for Best Actor in a Leading Role—an honor that he received for the film Skippy (1931). For nearly 50 years, Cooper remained the youngest Oscar nominee in any category, until he was surpassed by Justin Henry's nomination, at age eight, in the Supporting Actor category for Kramer vs. Kramer (1979). 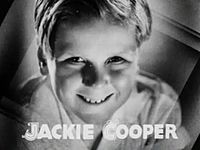 Cooper as he appeared in the film Broadway to Hollywood, 1933

Cooper first appeared in films as an extra with his grandmother. At age three, Jackie appeared in Lloyd Hamilton comedies under the name of "Leonard". He graduated to bit parts in feature films. His director recommended the boy to director Leo McCarey, who arranged an audition for the Our Gang comedy series produced by Hal Roach.

Cooper joined the series in 1929, signing to a three-year contract. He initially was only a supporting character in the series, but by early 1930 he had done so well with the transition to sound films that he had become one of the Gang's major characters.

According to his autobiography he was loaned in the spring of 1931 to Paramount to star in Skippy, for which he was nominated for the Academy Award for Best Actor—the youngest actor ever (at the age of nine) to be nominated for an Oscar as Best Actor. 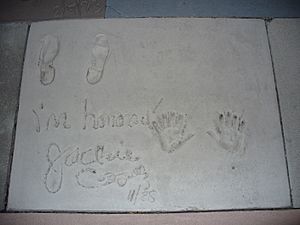 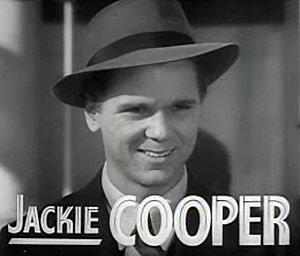 Cooper in the trailer for Gallant Sons (1940)

Not conventionally handsome as he approached adulthood, Cooper had typical child-actor problems finding roles as an adolescent. Cooper served in the US Navy during World War II, becoming a Captain and receiving the Legion of Merit.

In 1950, he was cast in a production of Mr. Roberts in Boston, Massachusetts in the role of Ensign Pulver. From 1964 to 1969, Cooper was vice president of program development at the Columbia Pictures Screen Gems TV division. He was responsible for packaging series (such as Bewitched) and other projects and selling them to the networks. He reportedly cast Sally Field as Gidget. Cooper acted only twice during this period, once in 1964 when he appeared in Rod Serling's The Twilight Zone, and again in the 1968.

Cooper died on May 3, 2011 after a short illness, in Santa Monica, California. He was interred at Arlington National Cemetery in Arlington, Virginia, in honor of his naval service.

All content from Kiddle encyclopedia articles (including the article images and facts) can be freely used under Attribution-ShareAlike license, unless stated otherwise. Cite this article:
Jackie Cooper Facts for Kids. Kiddle Encyclopedia.