Kōchi Prefecture is a prefecture of Japan located on the south coast of Shikoku. The capital is the city of Kōchi.

Prior to the Meiji Restoration, Kōchi was known as Tosa Province and was controlled by the Chōsokabe clan in the Sengoku period and the Yamauchi clan during the Edo period.

Kōchi Prefecture comprises the southwestern part of the island of Shikoku, facing the Pacific Ocean. 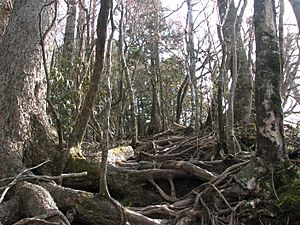 It is the largest but least populous of Shikoku's four prefectures.

Most of the province is mountainous, and in only a few areas such as around Kōchi and Nakamura is there a coastal plain.

Kōchi is famous for its many rivers.

Inamura-yama in Tosa-cho is the highest peak in Kōchi prefecture with an altitude of 1,506 meters above sea level. 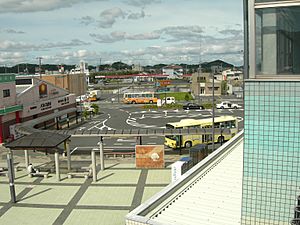 As of April 1, 2012, 7% of the total land area of the prefecture was designated as Natural Parks and eighteen Prefecture Natural Parks. 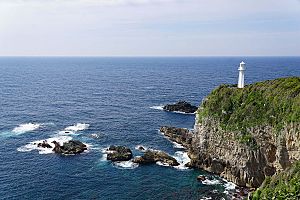 Kochi is famous for its clear streams. The most famous stream is Shimanto. The head of the Yoshino River is in Kōchi. 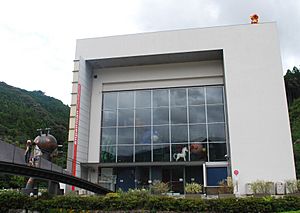 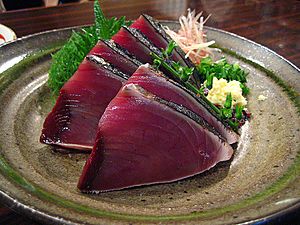 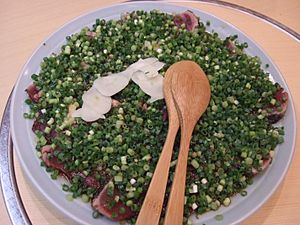 Like most areas of Japan, Kōchi advertises itself as specialising in a major food item, in this case, Katsuo no Tataki. Katsuo no Tataki is Skipjack Tuna or Bonito, lightly seared. Traditionally this is done over the straw generated as a by-product of the rice harvest.

People eat Sawachi in the situation of "Enkai" which refers to a gathering of family, friends and relatives. They surround "Sawachi", feasts on large dishes, and take own portions by themselves. The style represents the cultural climate of Kochi prefecture which does not like formal arrangements and respects freedom.

All content from Kiddle encyclopedia articles (including the article images and facts) can be freely used under Attribution-ShareAlike license, unless stated otherwise. Cite this article:
Kōchi Prefecture Facts for Kids. Kiddle Encyclopedia.