Kathrin Romary Beckinsale (born 26 July 1973) is a British actress. After some minor television roles, she made her film debut in Much Ado About Nothing (1993) while still a student at the University of Oxford, she also appeared in British costume dramas in addition to various stage and radio productions.

She began to seek film work in the United States in the late 1990s and, after appearing in small-scale dramas, she had got a starring role in the war drama Pearl Harbor (2001).

Since being cast as Selene in the Underworld film series (2003–2016), Beckinsale has become known primarily for her work in action films. She also continues to make appearances in smaller dramatic projects. 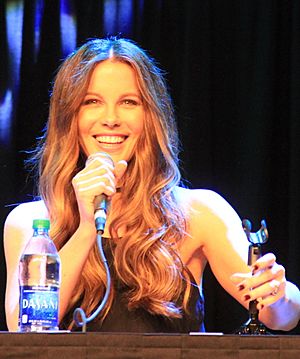 Beckinsale was born in Chiswick or Hounslow, London, England (sources differ). She is the only child of actors Richard Beckinsale and Judy Loe. She has an older paternal half-sister, actress Samantha Beckinsale. Her father was of one quarter Burmese descent. She made her first television appearance at the age of four, in an episode of This is Your Life.

Beckinsale was educated at Godolphin and Latymer School, an independent school for girls in Hammersmith, West London and was involved with the Orange Tree Youth Theatre. She was twice a winner of the WH Smith Young Writers Award for both fiction and poetry. 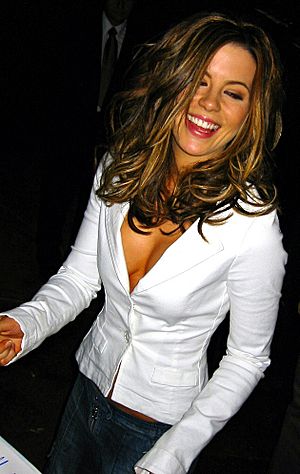 Beckinsale read French and Russian literature at New College, Oxford, and was later described by a contemporary, journalist Victoria Coren Mitchell, as "whip-clever, slightly nuts, and very charming". She was involved with the Oxford University Dramatic Society. As a Modern Languages student, she was required to spend her third year abroad, and studied in Paris. She then decided to quit university to concentrate on her acting career. 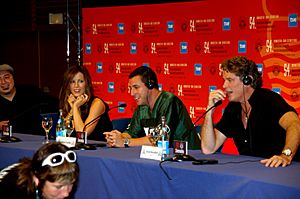 Beckinsale had an eight-year relationship with actor Michael Sheen from 1995 until 2003. They met when cast in a touring production of The Seagull in early 1995 and moved in together shortly afterwards. In 1997, they voiced an AudioBook production of Romeo and Juliet. Their daughter, Lily, was born in London in 1999. Their relationship ended in early 2003. Beckinsale and Sheen remain close friends.

Beckinsale met director Len Wiseman on the set of 2003's Underworld, while on set, she and Wiseman fell in love. They married on 9 May 2004 in Bel-Air, California. Beckinsale and Wiseman announced their separation in November 2015, and Wiseman filed for divorce in 2016. 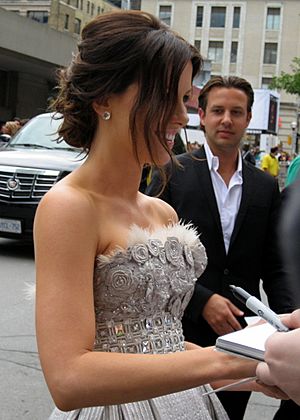 Premiere of Nothing But the Truth, Toronto Film Festival 2008

The British Heart Foundation has been Beckinsale's charity of choice "ever since [she] was six years old" when her father, who had a congenital heart defect, died of a massive heart attack. She has also donated film memorabilia to the Epidermolysis Bullosa Medical Research Foundation, MediCinema, Habitat For Humanity and the Entertainment Industry Foundation. In 2008 she hosted the 4th Annual Pink Party to raise funds for the Women's Cancer Research Institute at Cedars-Sinai Medical Center and organised a screening of All About Eve for FilmAid International. In 2012 Beckinsale joined Nestlé's Share the Joy of Reading Program to raise awareness about the importance of people's literacy.

All content from Kiddle encyclopedia articles (including the article images and facts) can be freely used under Attribution-ShareAlike license, unless stated otherwise. Cite this article:
Kate Beckinsale Facts for Kids. Kiddle Encyclopedia.