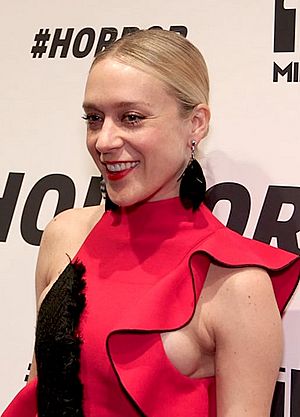 Chloë Sevigny (born November 18, 1974) is an American actress, fashion designer and former model. She was born in Springfield, Massachusetts and raised in Darien, Connecticut. Her father was of French Canadian origin; her mother is Polish American. Sevigny starred in many independent or avant garde movies during the 1990s and 2000s. She also had a fashion career during the mid 1990s.

All content from Kiddle encyclopedia articles (including the article images and facts) can be freely used under Attribution-ShareAlike license, unless stated otherwise. Cite this article:
Chloë Sevigny Facts for Kids. Kiddle Encyclopedia.