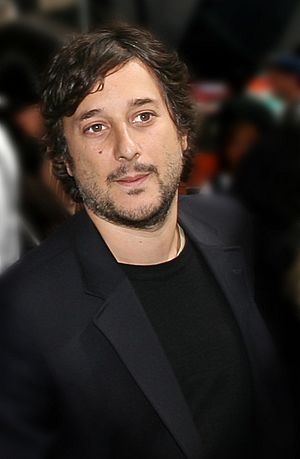 Korine was born in Bolinas, California on January 4, 1973. He grew up in Nashville, Tennessee. He is Jewish.

Korine has been married to actress Rachel Korine (née Simon) since 2007. The couple have a daughter, Lefty Bell.

All content from Kiddle encyclopedia articles (including the article images and facts) can be freely used under Attribution-ShareAlike license, unless stated otherwise. Cite this article:
Harmony Korine Facts for Kids. Kiddle Encyclopedia.