The Kaufman Astoria Studios is a historic movie studio located in the Astoria section of the New York City borough of Queens. It is home to New York City's only backlot, which opened in December 2013. 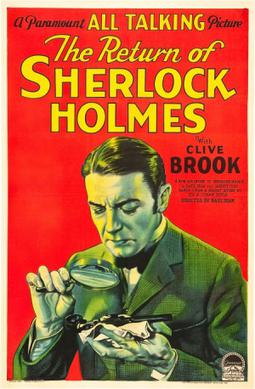 The Return of Sherlock Holmes poster

The studio was originally built by Famous Players-Lasky in 1920 to provide the company with a facility close to the Broadway theater district. Many features and short subjects were filmed there between 1920 and 1933. The first two Marx Brothers films were shot there, The Cocoanuts (1929) and Animal Crackers (1930), before the team moved to Los Angeles. The first Sherlock Holmes sound film, The Return of Sherlock Holmes (also 1929), was made at the studio. The Dance of Life (1929) was a film musical shot on sound stages, with most exterior scenes filmed on a back lot that existed at that time. It was also known as Astoria Studio and Paramount Studio. 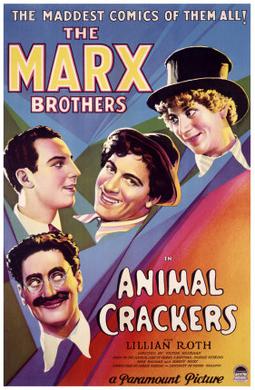 After Paramount Pictures moved all studio operations to California in 1932, the Astoria location was turned over to independent producers whose films were released through Paramount or other Hollywood film companies. All the films starring Tango icon Carlos Gardel made in the United States were shot at the Kaufman Astoria.

In 1942, the United States Army Signal Corps Army Pictorial Service took over the studio for the making of Army training and indoctrination films until 1971, including The Big Picture that was shown on American television as a network television series. 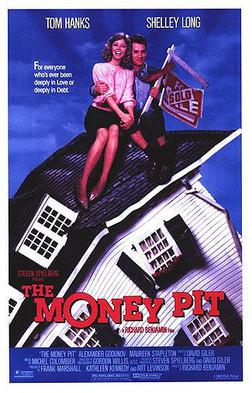 The Money Pit is a 1986 American comedy film

The property was designated a national historic district and added to the National Register of Historic Places in 1978. The district encompasses six contributing buildings. In 1982, the property was taken over by real estate developer George S. Kaufman and renamed Kaufman Astoria Studios.

Motion pictures filmed there include the musicals Hair and The Wiz, and the films Goodfellas and Carlito's Way. In 1984, The Jacksons' music video "Torture" was filmed there as well. The 1986 movie The Money Pit starring Tom Hanks and Shelley Long. Many sequences, especially the 'visitation' sequence in 2002 TV mini series Angels in America, were also shot there. A 2009 remake, The Taking of Pelham 1 2 3, also used the studios. In 2011, the remake of Arthur filmed a few scenes there. 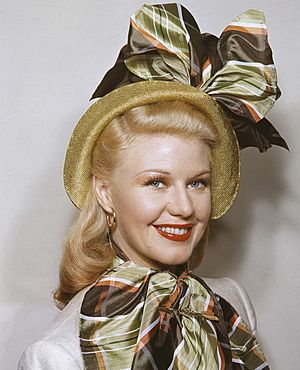 Ginger Rogers 1945 was a performer at the studio

Television shows filmed at the studio include Sesame Street, Onion News Network, Johnny and the Sprites, Where in the World Is Carmen Sandiego, and its successor Where in Time is Carmen Sandiego?, Other projects recorded at the studios have included Judge Judy, Power of 10, Swans Crossing, Law & Order, Million Dollar Password, the 2009 pilots of The $1,000,000 Pyramid, Video Power, Spin City, and Mariah Carey's MTV Unplugged.

WFAN, a local sports radio station owned by CBS, was formerly based at the studio before moving to lower Manhattan in the fall of 2009. 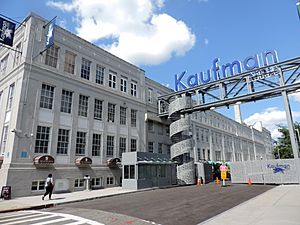 Kaufman Astoria Studios has seven sound stages including the new Stage K, designed by the Janson Design Group. In 2008, Martin P. Robinson, who plays Mr. Snuffleupagus, Telly Monster, and Slimey the Worm on Sesame Street married Annie Evans, a writer for the show on the Sesame Street set. The ceremony was performed on the steps of 123 Sesame Street and the reception was held throughout the rest of the set.

On December 3, 2013, a 34,800 square foot backlot was dedicated. It is the only studio backlot in New York City. In 2014, Kaufman Astoria Studios has announced plans to build a new 18,000-square-foot sound stage on its Astoria campus within two years.

Kaufman Astoria Studios Installed a 121 kW Solar Array on the roof of their facility. The project was developed by Solar One Energy of Long Island City and provides 25% of the studio's power.

All content from Kiddle encyclopedia articles (including the article images and facts) can be freely used under Attribution-ShareAlike license, unless stated otherwise. Cite this article:
Kaufman Astoria Studios Facts for Kids. Kiddle Encyclopedia.