Leetonia is a village in Salem Township, Columbiana County, Ohio, United States. The population was 1,959 at the 2010 census. Leetonia is located in the Salem, OH Micropolitan Statistical Area, as well as the southern regions of the greater Mahoning Valley.

The Village of Leetonia was founded in 1869, following the American Civil War. Leetonia was named for William Lee of Randolph, New York. Lee was one of the founders of the Leetonia Iron and Coal Company which was laid out in the village in 1866-1867.

One of the features of the downtown district is steep streets, heading north out of the village. The railroad tracks of the Norfolk Southern go through the village heading east and west.

There were 748 households of which 36.6% had children under the age of 18 living with them, 52.1% were married couples living together, 15.0% had a female householder with no husband present, 5.2% had a male householder with no wife present, and 27.7% were non-families. 23.3% of all households were made up of individuals and 11.4% had someone living alone who was 65 years of age or older. The average household size was 2.62 and the average family size was 3.09.

There were 753 households out of which 37.1% had children under the age of 18 living with them, 58.0% were married couples living together, 12.0% had a female householder with no husband present, and 26.0% were non-families. 23.0% of all households were made up of individuals and 11.6% had someone living alone who was 65 years of age or older. The average household size was 2.71 and the average family size was 3.20. 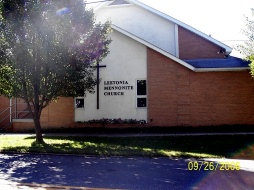 The Village of Leetonia is home to one of the few remaining bee hive coke oven sites in America. In the early 1860s, Irish businessman William Lee discovered rich deposits of coal, ore and lime under the soil of today's Leetonia. Lee began to buy the surrounding land and established the company "The Leetonia Coal & Iron Company" which consisted of a coal mine, coke ovens, and a blast furnace. This company jumped into the iron and coal industry and soon turned the area into a thriving company town. The area went from housing three families in 1864 to 1,800 people by 1869 when it was established as The Village of Leetonia.

The Bee-Hive Coke Ovens, born in 1865, was the main operation of the company. Leetonia Coal & Iron would mine the surrounding areas around Leetonia for coal and then cart coal by the tons into the coke ovens on rails above the ovens. The workers would then shovel the coal into the coke ovens to cook. This would purify the coal into a purer product of coal called coke which was then shipped off to the iron mills to be used in smelting iron. Coke has a much higher temperature point than regular coal so it was preferred for use in the mills.

Each coke oven is about 12 feet in diameter and 6 to 7 feet in height with the capacity to hold two to three tons of coal each. While still using 100 ovens, Leetonia Coal & Iron would process 250 tons of coal into coke per day. However, in 1873, the company was bought out and renamed "The Cherry Valley Iron and Coal Company who expanded operations and eventually had over 200 coke ovens and 4 blast furnaces; processing much more coal than ever before. But in 1930, financial troubles hit the company and the Cherry Valley Coke Ovens were closed and never reopened.

All content from Kiddle encyclopedia articles (including the article images and facts) can be freely used under Attribution-ShareAlike license, unless stated otherwise. Cite this article:
Leetonia, Ohio Facts for Kids. Kiddle Encyclopedia.