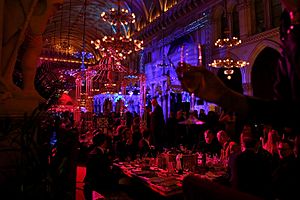 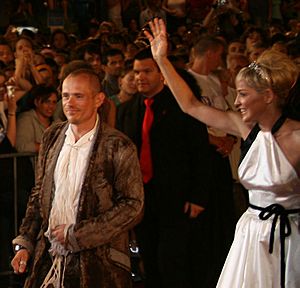 Gery Kezler and Sharon Stone, at Life Ball in 2007

The Life Ball is a charity event, held each year in Vienna. It is an event to help raise funds to combat HIV. It is one of the biggest such events in the world. Gery Keszler and Torgom Petrosian started the foundation in 1993. Torgom Petrosian, a doctor who was affected, has since died of AIDS.

Many people notable from public life take part in the opening ceremony. The event is known for its extravagant style.

All content from Kiddle encyclopedia articles (including the article images and facts) can be freely used under Attribution-ShareAlike license, unless stated otherwise. Cite this article:
Life Ball Facts for Kids. Kiddle Encyclopedia.