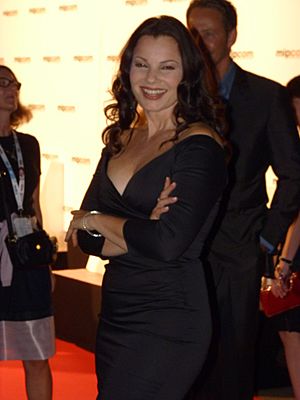 Her acting career began around 1977 when she acted in the movie Saturday Night Fever. She is best known for playing Fran Fine from the sitcom The Nanny.

Drescher wrote her memoirs and is a Universal Life Church minister.

All content from Kiddle encyclopedia articles (including the article images and facts) can be freely used under Attribution-ShareAlike license, unless stated otherwise. Cite this article:
Fran Drescher Facts for Kids. Kiddle Encyclopedia.