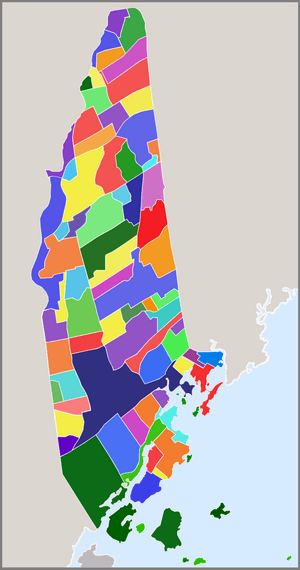 New Rochelle, New York occupies an area of roughly 10.5 square miles in Southern Westchester County, bounded on the south by Long Island Sound; on the west by Pelham Manor, Pelham and Eastchester; on the north by Scarsdale; and on the east by Scarsdale, Mamaroneck and Larchmont. For nearly two centuries from its settlement in 1688, New Rochelle was a quiet farming community with a bustling water dependent commercial center. Its proximity to the Sound had resulted in a booming resort trade by the late 1800s and wealthy Manhattanites flocked to the city's shores for recreation and relaxation. In 1889, The Town and Village of New Rochelle were incorporated as one city with a population of 14,000 residents. Just three decades later, New Rochelle's population had grown to over 54,000, having become one of the most sought after suburban communities in the country. The community's expansion of infrastructure and neighborhoods kept pace with the mushrooming population. These early suburban neighborhoods were extremely popular with commuters, a new segment of American society choosing to live outside of the urban center and travel in daily for work. Developers immediately set to the task of providing them with fine homes and desirable communities on the waiting large tracts of farmland. Beginning with the southern tier of town, planned residential communities spread across the City, ultimately earning it the nickname "City of Homes".

The natural beauty and diverse geography of the area greatly influenced the primarily residential development of throughout most of the city, evidenced by the more than fifty 'residential parks' found today. Some of the country's most expensive residential real estate can be found in New Rochelle as well: The Wykagyl 10804 postal code covering much of the city's north end is ranked on Forbes magazine's annual '500 most expensive zip-codes' list, with an average household income of $199,061 and an average home price over $752,000. In the city's southern end, homes in the gated waterfront enclave Premium Point can cost anywhere from $2 to $20 million.

The Downtown and South End, in contrast, are quite densely populated, with many multi-family residential complexes and high rise apartment buildings. There are more than 11,500 single family units within the city, more than neighboring Larchmont, Mamaroneck and Scarsdale combined. The total number of households surpasses 26,000, more than that of neighboring Pelham, Pelham Manor, Eastchester, Scarsdale, Mamaroneck and Larchmont combined. 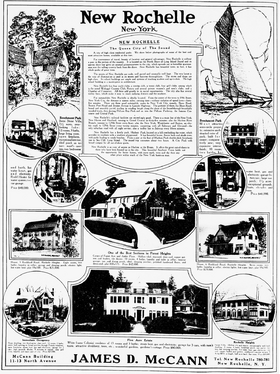 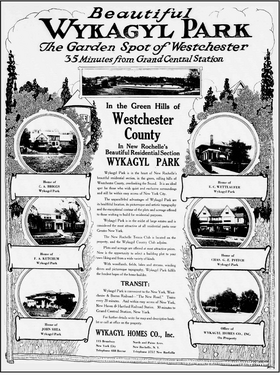 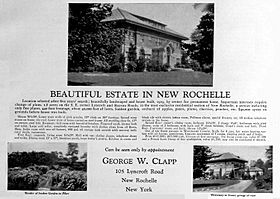 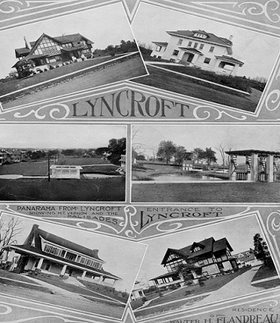 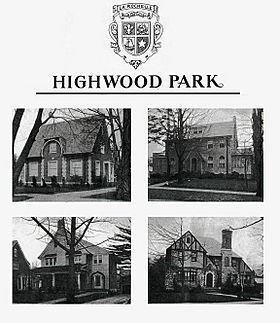 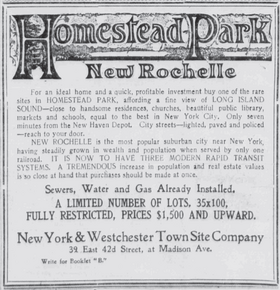 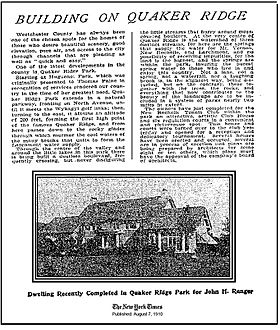 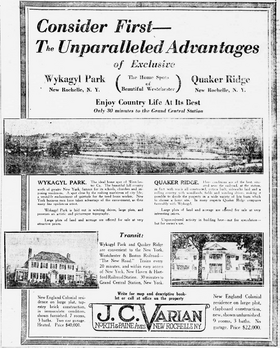 All content from Kiddle encyclopedia articles (including the article images and facts) can be freely used under Attribution-ShareAlike license, unless stated otherwise. Cite this article:
List of New Rochelle neighborhoods Facts for Kids. Kiddle Encyclopedia.