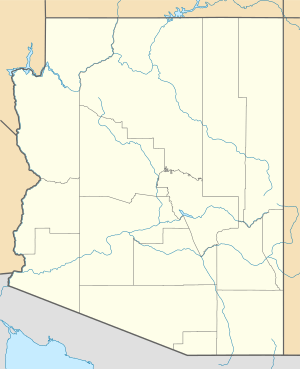 A map of Arizona

The following is a list of amphibians found in the state of Arizona. The Arizona tree frog is the state amphibian. The state is home to three salamander species.

Arizona is home to a wide variety of biotic systems as it is diverse topographically, geologically, and climatically. The area's sporadic mountains create "sky islands", wherein varying altitudes create drastically different environments inhabited by specific species. For example, the Eastern barking frog is only found at altitudes of 1,280–1,890 m on Arizonan mountains. Although the state is mostly arid, river systems such as the Colorado River provide riparian habitats.

Hylidae is a family of frogs which are commonly found in the New World. They may be better known as tree frogs.

Microhylidae is a family of frogs. They can often be identified by their tear-dropped shape, hence the common name "narrow-mouthed frogs".

Ranidae, true frogs, are the largest family of frogs. Members of this family, called Ranids, typically have robust hindlimbs, toe webbing, and an aquatic tadpole stage.

Scaphiopodidae are a family of frogs. Commonly called spadefoot frogs, they are often inconspicuously coloured. Members of this family are predominantly fossorial, living underground until rain arrives. To aid in digging, they have keratinized protrusions on their feet.

All content from Kiddle encyclopedia articles (including the article images and facts) can be freely used under Attribution-ShareAlike license, unless stated otherwise. Cite this article:
List of amphibians of Arizona Facts for Kids. Kiddle Encyclopedia.