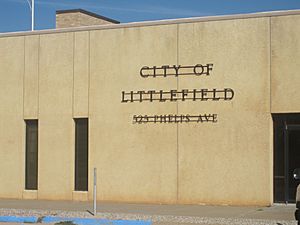 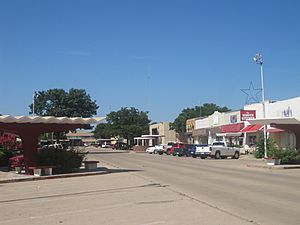 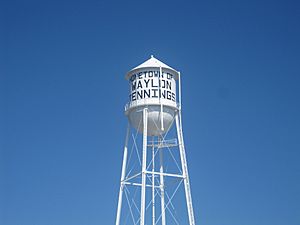 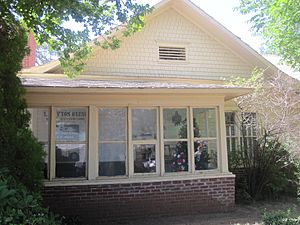 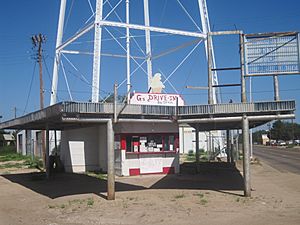 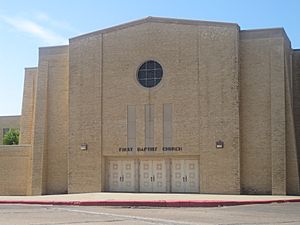 Littlefield is a city in and the county seat of Lamb County, Texas, United States. The population was 6,372 at the 2010 census. It is located in a significant cotton-growing region, northwest of Lubbock on the Llano Estacado just south of the Texas Panhandle. Littlefield has a large denim manufacturing plant operated by American Cotton Growers.

Littlefield houses the Bill W. Clayton Detention Center, a 310-bed medium-security facility, which is named for the former Speaker of the Texas House of Representatives, who resided in Springlake.

Near Littlefield is the Triple Arrow Ranch, known for its historical remnants, owned by Lamb County Commissioner's Court Judge and Mrs. William A. Thompson, Jr.

Littlefield is named for George Washington Littlefield (1842–1920), a Mississippi native, Confederate officer, cattleman, banker, and benefactor of the University of Texas at Austin. In July 1901, Littlefield purchased the southern, or Yellow Houses, division of the XIT Ranch, forming the Yellow House Ranch. At that time, the ranch covered 312,175 acres (126,333 ha) in Lamb, Hockley, Bailey, and Cochran Counties. In 1912, when surveys showed that a new rail line from Coleman, Texas, to Texico, New Mexico, would pass through his property, Littlefield formed the Littlefield Lands Company to sell the northeastern corner of the Yellow House Ranch, a total of 79,040 acres (31,990 ha), to settlers and to establish the town of Littlefield in Lamb County. Littlefield became a stop on the Panhandle and Santa Fe Railway in 1913.

According to the United States Census Bureau, the city has a total area of 6.3 square miles (16.4 km2), all land.

Littlefield is the hometown of singer/songwriter Waylon Jennings. Waylon Jennings Boulevard is named in his honor. A celebration of Jennings' 73rd birthday was held on June 18, 2010, to raise funds for the Lands Duggan House Museum in Littlefield.

Bull Lake is located about 5 miles (8.0 km) west of town. There is a municipal campground located on Highway 385.

The world's tallest windmill was said to be below Yellow Houses Bluff at nearby Yellow House Ranch from the early 1900s until 1926, when the 128-foot (39 m)-high structure was blown over.

Littlefield is served by Lubbock International Airport and Littlefield Municipal Airport, a general aviation airport which can accommodate small jets, located roughly 2 miles (3 km) outside of the Littlefield city limits.

Lubbock International Airport is served by:

Littlefield sits at the crossroad of US Hwy 84 which runs from Midway, Georgia, to Pagosa Springs, Colorado, and US Highway 385, which runs from Deadwood, South Dakota, to Big Bend National Park in Texas. Both highways are corridors for tourists and main shipping routes used by trucks.

The most westerly piece of debris (a thermal protection system tile) from the 2003 Space Shuttle Columbia disaster was found in a field here.

All content from Kiddle encyclopedia articles (including the article images and facts) can be freely used under Attribution-ShareAlike license, unless stated otherwise. Cite this article:
Littlefield, Texas Facts for Kids. Kiddle Encyclopedia.