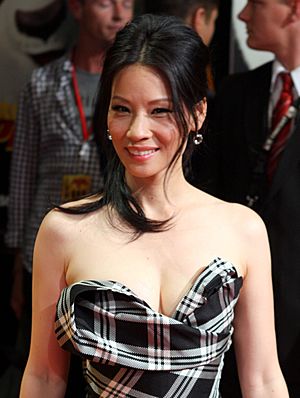 Lucy Liu (born December 2, 1968) is an American actress, artist, and movie producer. She was born in Jackson Heights, Queens, New York City. Her parents are from Taiwan. Liu has been in many movies and many television programs.

All content from Kiddle encyclopedia articles (including the article images and facts) can be freely used under Attribution-ShareAlike license, unless stated otherwise. Cite this article:
Lucy Liu Facts for Kids. Kiddle Encyclopedia.